September is the month of change – whether it is season or movies, you should embrace the change for the better. The king of entertainment (Netflix) wants you to enjoy the fall season lying on your couch with a cup of tea and enjoy some of the most entertaining movies.

We have listed the best movies on US Netflix coming in September 2021, so you can get ready for them. Keep in mind that these movies are specific to US Netflix, but there is no need to worry if you are not living in the United States.

When it comes to unblocking Netflix’s foreign libraries, we have tested various VPNs for their effectiveness and came up with the best Netflix VPNs list.

If you are not in the US but want to enjoy the best movies on US Netflix, connect to the US server of ExpressVPN and enjoy the movie! Now, lt get into what is worthy of your time.

Best Movies on US Netflix in September 2021

After the war, Sophia comes home to discover her grandfather poisoned and a family full of suspects. Fortunately, her betrothed, Charles, is the son of a Scotland Yard associate commissioner.

As the series will only be streamed on US Netflix, you will need to connect to the American server of a premium VPN service such as ExpressVPN, NordVPN, Surfshark, PureVPN, or CyberGhost.

Barbie goes to a summer performing arts programme in New York City. Barbie Roberts (nicknamed Brooklyn) meets another girl named Barbie Roberts, and the two immediately become friends. They battle to determine who has what it takes to perform in front of an audience on their own.

The Green Lantern Corps has existed for generations, sworn to uphold cosmic order. Hal Jordan, the newest recruit, is the first human to join the ranks.

Humans, who have so far been unable to harness the abilities of the ring each member wears, are treated with contempt by the Green Lanterns.

When a new enemy known as Parallax threatens the worldwide balance of power, Jordan, a brilliant and arrogant test pilot, maybe the corps’ only hope.

The adventure, action, suspense, and thrill make it one of the best movies on US Netflix coming this month so do give it a try.

Vitko, a modern-day kid, travels 1,000 years back in time, where he must contend with black magic and an army headed by a massive stone monster.

If you are a fan of magical adventure, wizards casting spells, and witches brewing potions, The Stronghold will be perfect for you.

Firedrake is a young silver dragon that is tired of having to hide in a forested valley all the time. When humans are ready to destroy his family’s final safe haven, Firedrake discreetly embarks on an adventure with woodland brownie Sorrel.

He’s on a quest to discover the “Rim of Heaven,” the dragons’ enigmatic home. The adventure makes it one of the best movies on US Netflix.

Alex, a little kid, is imprisoned by a witch, and in order to prevent certain death, he persuades her to let him tell her a terrifying storey every night.

7. Birth of the Dragon

In 1964 San Francisco, a young Bruce Lee is seeking to establish a reputation for himself as a martial arts instructor. When Lee first encounters Wong Jack Man, he dares him to no-holds-barred combat that goes down in history.

8. My Heroes Were Cowboy

H.D. Dalton is a well-known rodeo rider until he is forced to retire due to an accident. He goes home to begin a new life, but the life he had envisioned is nowhere to be seen.

His father now resides in a nursing home, and the family farm is in disarray. H.D. bails out his father and rekindles a romance with an old lover, determined to make a difference.

Focused, he enters a rodeo contest in the hopes of winning enough money to restore his family’s ranch and happiness. The struggle for better times makes it one of the best movies on US Netflix.

9. Confessions of an Invisible Girl

Tetê, who is bright but socially uncomfortable, will go to any length to get in at her new school. However, among her peers, the queen bee has other plans. 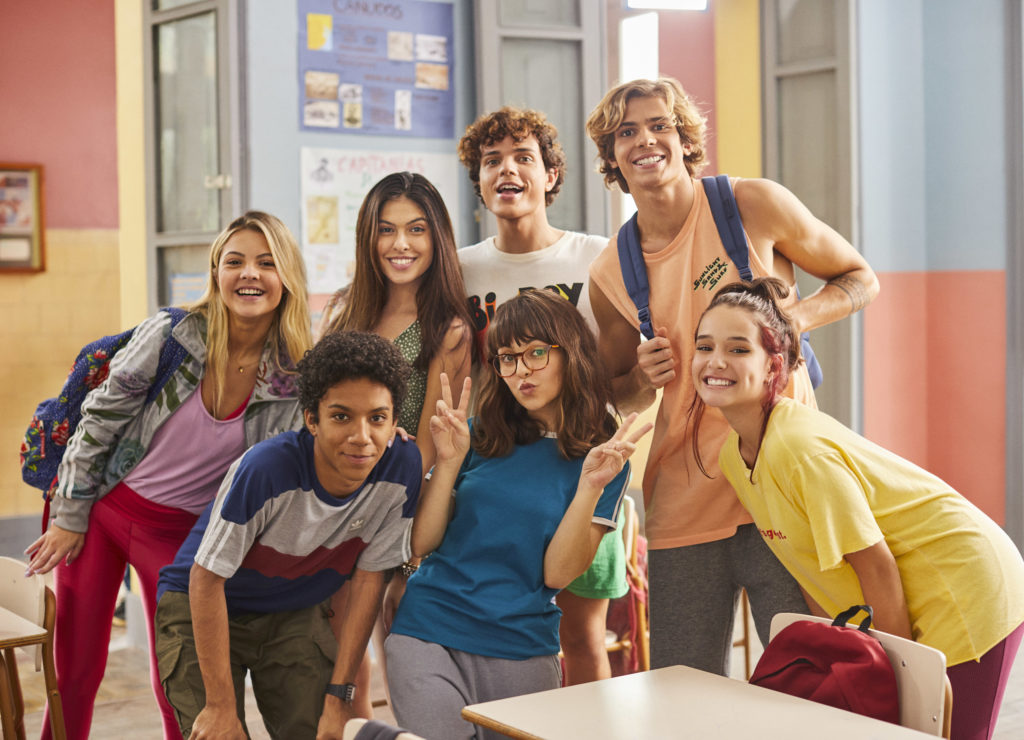 When Leo, the guy who broke her heart, reappears, fashion assistant Maca has just about gotten her life together after a heartbreaking split. Adriana and Jime, their best friends, offer support, and the three of them realise that love is complex.

If you are waiting for the best movies on US Netflix, start the countdown. Select any movie from the recommended list or if you are inclined to watch series, check out our top pick for September.

Whatever you like, be it a movie, show, documentary, comedy, or romance – Netflix offers various options to choose from. All you need is a fast internet connection, couch, snacks, and drinks!