25 Best Documentaries on Netflix Australia for the Curious Minds

Who watches documentaries? Well, entertainment comes in many forms. Maybe you enjoy an excellent action-thriller or a comedy, but for some, documentaries are the food for the brain. They are insightful, based on facts, and considered to be a knowledge pool. So here are our top picks of the best documentaries on Netflix Australia for those who appreciate the charm of an informative piece.

Now we know that these documentaries are only available in Australia, so you have to connect to the Australian serer of a premium VPN service. So, connect to the VPN and enjoy the must-watch Netflix shows from anywhere.

Without further delay, let’s dive into the world of informative entertainment! 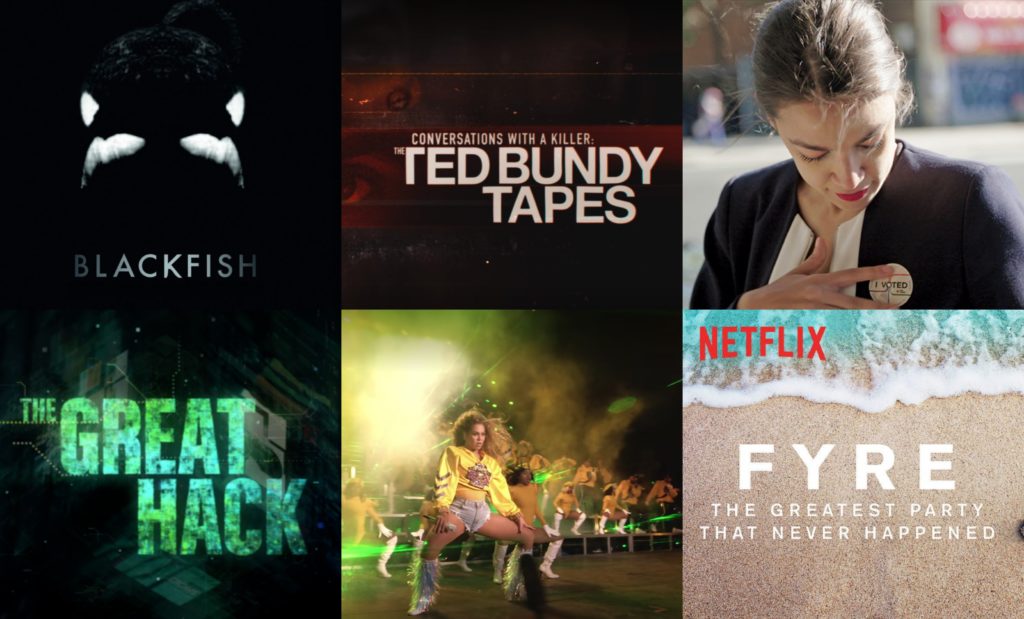 This documentary focuses on the history of racial inequality in the United States. Because the problem is as ancient as time, it is compelling to raise awareness of it on prominent platforms and seek solutions.

The United States is often regarded as the country of the free. But, is the population’s attitude and thinking consistent with this motto?

The narrative is set in the post-industrial age in Ohio. It is about a Chinese billionaire who establishes a new factory. The facility, located in an abandoned General Motors plant, is the first step in achieving the aims and realising the ambitions.

Serving as a symbol of hope, it quickly becomes the buzz of the town, and the residents begin to feel uncomfortable. The clash of working-class America and high-tech China is the main focus of this documentary making it. This documentary provides additional information, making it one of the best documentaries on Netflix Australia.

3. American Murder: The Family Next Door

This documentary revolves around Watt’s family killing that sends shockwaves around the globe in 2018. It focuses on the failed lie detector test, constantly changing investigators, and unfolding what happen to Shanann Watts and her daughters.

Chris Watt played the part of a concerned husband and father, but he confessed to killing his family as he wants to leave them for an affair at the end of the investigation. The investigators’ effort and enduring mystery of what happened to the Watt family make it one of the best documentaries on Netflix Australia.

Disabled people are regarded differently and not in a positive way. They are generally overlooked and looked down upon. Crip Camp (Summer Camp) for disabled teenagers was a breath of fresh air with this mentality.

The film demonstrated what can happen when disabled people are treated with dignity and how they may blossom if they find a place where they are welcomed.

The main idea of the title makes it one of the best documentaries on Netflix Australia, so do give it a try.

Remember all the buzz around the Fyre Festival, which was promoted by celebrities? Fyre was going to be a big party with many celebrities, and every other model was talking about it on social media. It was going to be a celebration to remember, especially with the backdrop of the Bahamas.

The music event took a tragic turn when the guests were left with no shelter and inadequate food. This documentary, which is regarded as the largest scandal, will astound you.

The documentary’s main focus is on the mastermind who cheated during the Olympics and encouraged numerous Russian competitors to win the competition.

7. Knock Down the House

The documentary follows four females who decided to run for Congress in the United States election of 2018. The political campaign and the struggles faced by these women are the focus of the documentary.

You may not support the candidates, but you cannot deny that the documentary captures the campaigns’ ups, downs, and technicalities like never before.

Miss Americana follows Tylor Swift as she closes up her 2018 Reputation Stadium Tour and begins work on her 2019 collection, Lover, at a pivotal point in her career. The artist’s ups and downs were the highlights of the show.

My Octopus Teacher is ideal for those searching for something interesting and closer to nature. The film follows Foster as he forms an extraordinary relationship with a wild octopus. While freediving, he stumbled across this strange octopus.

Foster spends over a year with the octopus. With the grace, flair, and skills of hunting and preying, you’ll doubt this strange creature’s intellect.

If you love and appreciate Mother Nature, this documentary is for you. Exploring the expansiveness of the variety of living organisms throughout the planet, from the distant Arctic wild to Africa’s immense scenes to wildernesses of South America to vast unexplored seas.

Get ready for a lifetime experience with ‘Our Planet‘ as it focused on the wonders of the animal kingdom. Enjoy the creatures in their natural habitat rather than putting them behind bars and exhibiting them as objects.

Nina Simone is a legend, a black power icon, dive-bar chanteuse, and a trained pianist. She lived the life of tortured melancholy, musical genius, and brutal honesty. She was at the peak of her career when she decided to highlight the social issues.

She lost a significant number of record contracts after pointing out the issue of racism. Simone highlighted the injustice in her songs, with many lives lost due to racial biases and hate. Her songs became protest slogans, further angering the recording studios.

Amy is an intimate picture of British singer/songwriter Amy Winehouse’s life and career is presented through archival video and personal testimony.

Though all of the issues, problems, and achievements were focused on, it ended on a good note. Winehouse’s career comes to a close with one of her idols, Tony Bennett, praising her and comparing her to Dinah Washington, Billie Holliday, and Aretha Franklin.

13. The Battered Bastards of Baseball

In 1973, baseball fan and actor Bing Russell (father of Kurt Russell) formed an independent single-A team with players no one else wants.

The show focuses on what can happen when the unwanted rise above everyone, making it one of the best documentaries on Netflix Australia.

After two decades of media conjecture and public interest, filmmakers investigate the eerie aftermath of the world’s most famous child-murder case.

It recorded the casting process for the re-enactments. Several actors from the Colorado region are interviewed and tested to play the parts of genuine persons connected in the case.

During the audition, the would-be actors, who are costumed as the people they audition for, express their feelings on the case and make their own guesses.

It’s a gripping and breathtaking documentary about Tommy Caldwell and Kevin Jorgeson, two American rock climbers who achieved the most incredible free climbing achievement in history.

They scaled the legendary Dawn Wall section of El Capitan, the ominously vertical rock formation in Yosemite National Park, over the course of 19 days in January 2015 — a famously forbidding 3,000-foot granite monolith of minimal juts and crags.

Kirsten Johnson, a filmmaker, simulates her father’s death in imaginative and comedic ways to assist them both confront the inevitable as he approaches the end of his life.

The fun tone and the comedic approach to the end of life make it one of the best documentaries on Netflix Australia.

With its critical eye, this documentary will definitely help more people comprehend how transgender individuals have seen themselves depicted in Hollywood.

The documentary demonstrates a lengthy history of images for individuals who are oppressed to this day with hundreds of clips, but it also confronts transphobic media with its sharp critique.

It’s an impassioned call to action against cliches and images that have misled everyone.

Skating was on the verge of extinction in the United States in the mid-1970s, until a small group of surfers in Santa Monica began pushing the boundaries of lifestyle and technique.

Using their talents in empty swimming pools and the streets to invent a new type of skateboarding, they try to make the best of the situation.

Stacy Peralta, a group member, blends home film from the organization’s early days with interviews with individuals currently involved in the scene.

This five-part documentary aims to uncover the truth behind the world’s oldest social network’s ancient traditions and tightly guarded procedures, taking viewers exclusively behind the scenes in the run-up to its 300th anniversary in 2017. 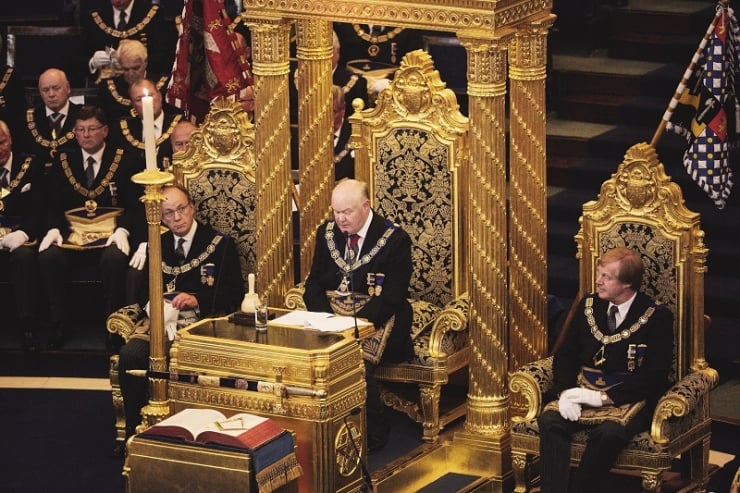 This film is a meticulously crafted blend of Beyonce’s performances from Coachella 2018’s two weekends, interspersed with personal video from the months of rehearsals it took not just to retrain her body post-pregnancy also to see her complex vision come to life.

While the behind-the-scenes video is only a small part of the overall film, Beyoncé is refreshingly open about the arduous effort of putting the concerts together.

When Rachel Dolezal, the NAACP’s Spokane branch leader, is exposed for lying about her black heritage, she becomes a national news story.

Who can fail to remember the scandal that shook the base of the American Education System in 2019? Some potential competitors tarnished rich guardians, limitless freedoms, 53 guilty, and eager to get admission to a reputed college.

Regarding debasement or calamity in the education area – The College Admission Scandal is a highly embarrassing event. Operation Varsity Blue was the federal venture’s codename to research the conspiracy and identify who is responsible.

From accounts to the investigators’ meetings – Operation Varsity Blue is Netflix’s endeavour to show what turned out badly and why. The trailer will arouse your interest, and it will hook you to know more.

Follow the incredible yet amusing journey of an aspiring environmentalist as he sets out to find an honest answer to the world’s most serious environmental problems and a realistic route to sustainability.

24. The Silence of Others

It is a cinematic picture of the first attempt in history to pursue crimes committed during Franco’s 40-year dictatorship in Spain (1939-1975), which had gone unpunished for decades thanks to a 1977 amnesty decree.

It exposes a traumatic past that Spain is still hesitant to confront decades after the dictator’s death. Moreover, the case has worldwide ramifications, as Spain’s transition from dictatorship to democracy has been regarded as a model today.

It’s a companion film on Welles’ obsession with this picture, as well as the last decade or so of his career.

But it tells more about the guy behind it than any documentary to date, and it’s stitched together with such a sublime comprehension and compassion for its subject that director Morgan Neville feels half-righteous in claiming that his effort may be the missing film.

Enjoy our picks of the best documentaries on Netflix Australia cover every topic from crime to spams to disasters. If you have to curious mind and want the answers to highly publicized cases, these documentaries are a perfect watch for you.

Though you can watch anything and everything on Netflix, including comedy, thriller, horror shows, suspense, horror movies, cartoon, anime, romance, cooking shows, sci-fi, reality, Stand-ups, emotional drama, crime, and marvel shows – documentaries can be the food for your brain.

All you need now is a comfortable couch and unlimited snacks. Happy streaming!