Unplug your Brain with these 25 Best Reality Shows on Netflix

If you want to watch people fall in love or fall off stuff, you can watch it and much more on Netflix. Whether it is Indian anties trying to matchmake unsuspecting single or random strangers becoming the target of Billy Eichner’s silly questions, our picks of the best reality shows on Netflix Australia can entertain you for hours.

We know that these picks are Australia-specific. Everyone should get the chance to enjoy these fantastic shows, so we came up with the perfect solution, connected to the Australian server of our picks of the best VPNs for Netflix, and enjoyed these reality shows from anywhere around the world.

Fasten your seat belts because you will be blown away by fun, love, hate, passion, cuisine, infrastructure, and embarrassment. 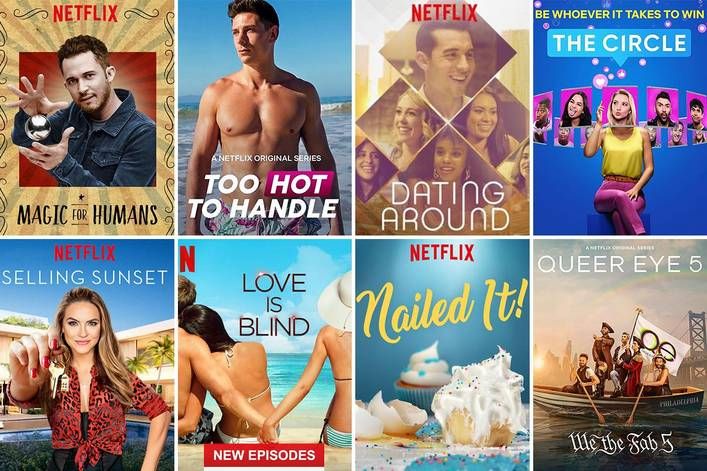 The show relocates from the Hollywood Hills to the Hamptons, following the youngest and most exclusive group of real estate agents at Nest Seekers International as they market spectacular multi-million dollar houses to high-profile clientele on Long Island, New York.

2. Get Organised With The Home Edit

When it comes to organizing your home, you can’t compete with the professionals. Yes, we are talking about Joanna Teplin and Clea Shearer who visit different houses (including the commons and celebrities) and bring the magic of thorough cleaning.

The appearance of Khloé Kardashian, Eva Longoria, and Reese Witherspoon brings an oomph factor making this piece one of the best reality shows on Netflix.

If you’re interested in all things plastic surgery and love series like Botched, you should check out Skin Decision. The makeover show aims to eliminate the stigma associated with cosmetic treatments by assisting individuals in transforming themselves from the inside out.

The founder of the Fab Five is back with a new programme called Say I Do. Three professionals assist one member of a long-term relationship plan the perfect proposal and, subsequently, the pair’s dream wedding. A word of caution? Keep tissues on hand.

This fascinating documentary follows married business partners Jason Bolden and Adair Curtis, who are in charge of crafting the red carpet looks and lavish houses of Hollywood’s A-list. Jason, a famous stylist, and Adair, an interior designer, have many attitudes and extensive clientele.

Love Is Blind is a social isolation sensation in which people join ‘dating pods’ where they can’t see one other as they become severe and commit—all without ever seeing their possible partner.

Sima Taparia is the matchmaker in the Indian Matchmaking, where are just the passengers in this ride. An Indian aunty trying to fix singles with each other is the central concept of this show. It is not far from reality, and that’s why it is one of the best reality shows on Netflix.

She is matchmaking singles across the United States and India based on their vibes, personal preferences, and backgrounds. As there is no shortage of family drama, ghosting, and terrible dates, you can enjoy every component of the Indian culture in all its glory.

Tan France and Alexa Chung, the presenters of Netflix’s Project Runway, are looking for the next great thing in fashion, as the title indicates.

The rigorous competition pits 18 prominent designers against each other in a series of tasks centred on distinct trends or design aspects that have influenced how we dress. The new fashion sense and the passion for an exclusive design make it one of the best reality shows on Netflix.

A video team documents the lives of polygamist families living in a Mormon enclave in Utah, and its subjects seem surprisingly open. The deviation from a norm makes this show a perfect watch.

Jon Favreau, actor, producer, and director, opted to keep the culinary talents he gained on production after the success of his film Chef in 2014. As a result, he teamed up with Roy Choi, his film instructor and LA’s trendiest chef, to create this programme, in which the two men travel throughout America, cooking up a storm with huge celebrity guests.

This Australian reality show is the epitome of guilty pleasure, and it’s now available on Netflix. From expensive prams to designer dummy spits, four affluent socialites negotiate life as an expecting mother.

Sugar Rush is a baking-themed version of MasterChef, in which teams compete against the clock to produce magnificent sweets in the hopes of winning the $10,000 grand prize.

Imagine the culinary magnificence and now think about your favourite desserts; this comes to make Sugar Rush one of the best reality shows on Netflix.

This programme will make you want to despise optimistic singletons as they embark on first dates with various suitors. It’s cringe-worthy yet fascinating to see.

After evaluating the possibilities, the dater has to pick one option worthy of a second date. The awkwardness specific to first add the fun component to the show. The embarrassing question and tricky personalities make Dating Around one of the best reality shows on Netflix.

Like Gordon Ramsay on Kitchen Nightmares, Mary Portas visits struggling retail stores to figure out what’s going wrong. The show gives hope to the retailers that they can revamp their business.

If you are a fan of before and after progress, this show is definitely for you. A word of caution, you can get hooked on this one of the best reality shows on Netflix.

The strange notion of toddlers living in a distinctively adult environment is explored in this series, which is similar to the trash TV phenomenon Toddlers & Tiaras. The tots on this show, instead of being beauty queens, are ballroom dancers.

An exciting and compelling look at workers’ lives in heavy vehicle towing firms entrusted with retrieving broken and stranded vehicles from dangerous areas.

If you are a fan of dire circumstances and difficult rescue mission, Highway Thru Hell is the perfect show for you.

Cheapest Weddings is an Australian programme that is gaining a lot of interest in the United States now that it is available on Netflix. It follows couples as they strive to arrange their dream wedding on a shoestring budget. There’s a lot of hilarity and drama. 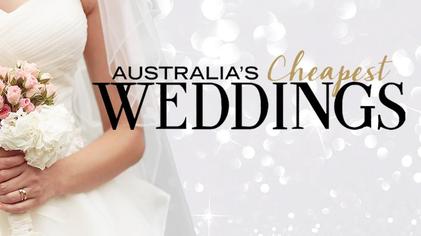 Get on this delightful, so-called “makeover” programme that is about so much more than makeovers if you haven’t already. The Fab Five are generous with their knowledge, offering everything from grooming advice to mental counselling and cooking suggestions to people in need.

In reaction to soaring housing costs in the United States, these creative homeowners have discovered a method to turn little cottages, containers, and trailers into dream homes.

As the show is available only on the Australian Netflix library, you can watch it nu connecting to the Australian server of a premium VPN such as ExpressVPN, NordVPN, Surfshark, PureVPN, and CyberGhost.

Investigate the high-stakes lifestyles of the gorgeous workers of one of Hollywood’s most prestigious real estate firms as they deal in multi-million-dollar homes and secrets.

21. Comedians in Cars Getting Coffee

The famous stand-up comedian and television personality have devised a show that combines three of his passions: antique vehicles, conversing with comedians, and consuming copious amounts of coffee.

He picks up well-known comedians, actresses, and writers who have established a name for themselves in television, film, or on the stand-up circuit in various sorts of antique vehicles that purportedly symbolise the comedian’s personality.

The geniuses behind history’s most renowned toy franchises explain their billion-dollar creations’ ascent (and occasionally collapse). Each episode follows the development of a classic toy series and the advertisements disguised as TV shows that tempted us to buy them.

Tory Belleci, Kari Byron, and Grant Imahara, three former MythBusters builders, feature in the film. The show’s idea is straightforward and entertaining. Every episode analyses a different issue, selects six ideas to investigate, and ranks them according to three criteria before choosing a winner.

Somebody Feed Phil follows Everybody Loves Raymond creator Phil Rosenthal, a food connoisseur and a gem of a person. Accompany him on a tasteful journey where he eats in cities worldwide, explores the local scenery, and makes new friends.

Started in 2020, The Circle focuses on a group of people living in an apartment complex. They must live separately and interact with each other through a social media app known a The Circle.

Based on their interactions and likeability, the contestants vote out other contestants. You can say that the show’s plot is cheesy, but you can’t deny the fun element that includes it in the list of the best reality shows on Netflix.

Reality shows can be the best form of entertainment if you have a curious mind. You can watch any type of reality show, including bakeoff, dating, matchmaking, car racing, interior designs, fashion, modelling, and much more.

Our picks for the best reality shows on Netflix can help you satiate your craving for creativity. Appreciate the talent of the artist and take ideas for your next family dinner. Even if you are not an Aussie, you can always change your Netflix region and enjoy these hits.