20 Best Disney Movies On Netflix To Feel The Magic

Almost everyone would agree that Disney movies made a huge part of their childhood, and they would not mind watching these movies even in adulthood.

Sadly, we see that it may be hard for them to access these movies. And, there is always that wishful thought, hoping to get these Disney movies in one way or the other.

We see many Disney movies on Netflix, but people have not started utilizing the opportunity to watch these Disney movies yet. We also know that you would be excited by this information and might immediately want to start binging on these movies.

So, for your ease, we have compiled a list of some of the best Disney movies on Netflix, and you would love our recommendation. If you are eager to start watching these films, check out our movie list. 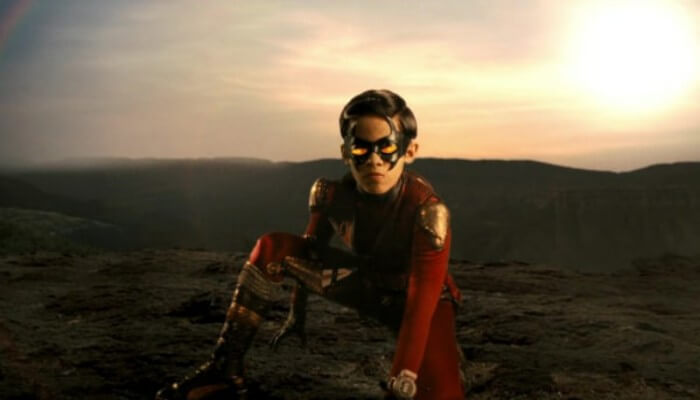 Some people are very greedy in life, which is the case with Kunal’s uncle in this movie. Kunal is an orphan who was left in the care of his uncle. However, his uncle abandons him and spreads rumors of his death. The aim was to inherit the properties of Kunal’s parents.

So, watch this movie to see how Kunal later becomes a superhero everyone fears. And, he is back to deal with his uncle and other mean people. However, what happened to Kunal that turned him into a superhero? Watch this movie now to get the answers. 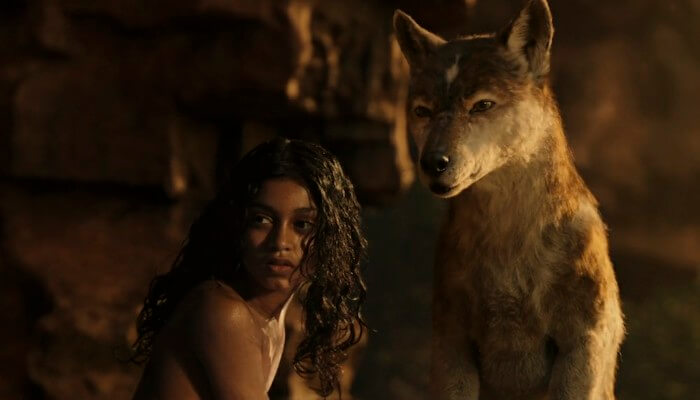 Imagine a human child being raised by a pack of wolves in the jungle. Of course, you would find it unimaginable, but the scenario plays out in this movie.

These wolves treat the human child as their own, and all the animals in the jungle become accustomed to the human child. The child had even learned the way of the jungle with the help of a bear and a black panther and acted like these animals.

However, a tiger holds a grudge against the child and isn’t ready to accept the child. So, what could this child have done to this tiger? Find out by watching this movie. 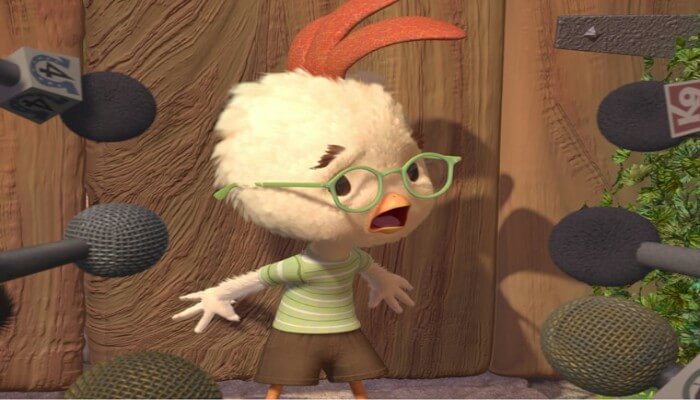 It is almost impossible to find an adult who hasn’t watched or heard about the Chicken Little movie before. We see that everyone in town begins to doubt Chicken Little, and his reputation is going down the drain.

It all starts when a piece of the sky falls on his head, but no one believes his tale. But, of course, no one would believe that the sky could fall. But soon, he has to rescue his people, and he cannot do it alone.

He had to seek the help of his friends. 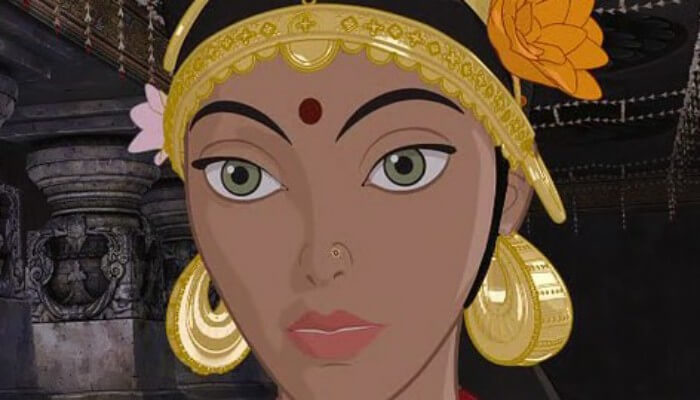 We also see that he has to protect his family from people who want to steal their properties. So, it is safe to say that life isn’t easy for Arjun. It is one of the best Disney movies on Netflix, and we are sure that you would recommend it to watch. 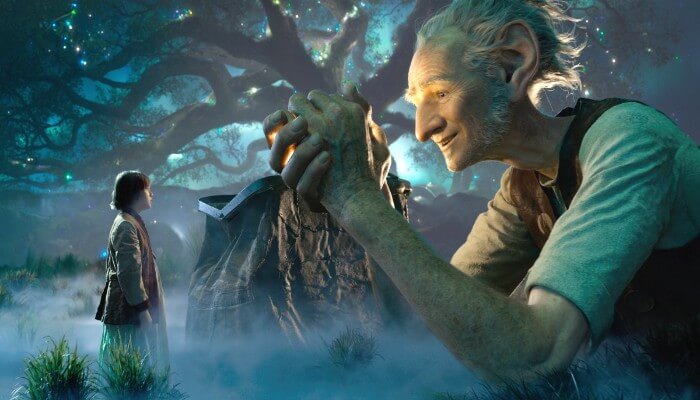 This movie sits comfortably as one of the Disney movies on Netflix and is also a top recommended family movie. The movie tells the story of Sophie, a young orphan girl who becomes a target for giants because she decided to befriend a nice giant.

This nice giant has refused to kill or harm people, so he became an outcast amongst his kind. So, Sophie and the kind giant have to work together to see if they can stop other giants from harming humans.

But, will they be successful? You can only find out by watching this movie. 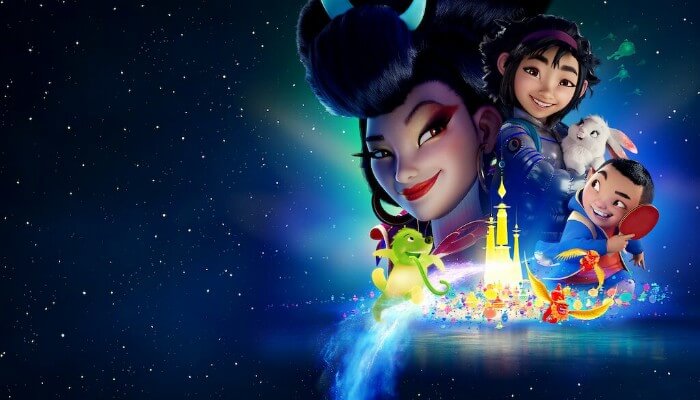 Children always have hopeful thoughts, and you would see it in this movie. Who plans to go and meet a mythical moon goddess? If you say no one, you are wrong.

The young girl in this movie is determined to meet a mythical moon goddess, and she builds a rocket to help her accomplish a mission.

Many things in this movie sound unbelievable until you watch the film. And, allow us to tell you that the movie will have you hooked from the beginning to the end. How will her mission go? 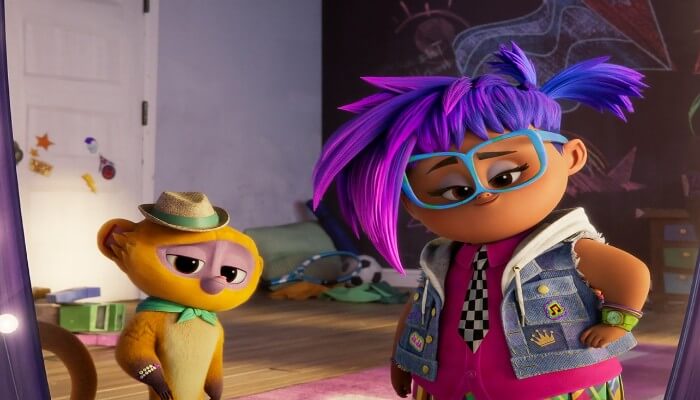 Do you love watching musicals? If yes, we are sure that you will enjoy watching this movie. In this movie, you get to see a pet who sets out to organize a musical.

But why would a pet be organizing a musical? Well, the movie shows that it was the last wish of its owner. Then, however, it begins a new world and experience for the pet.

Watch this movie now to see how the pet made new friends and began to explore other aspects of life. It is one of the best Disney movies on Netflix to watch. 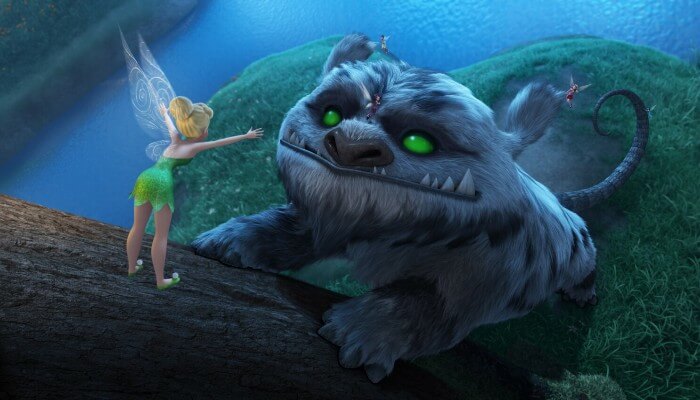 The NeverBeast is a mysterious creature that always stays in the dark, and people have tagged it an outcast. After all, no one knows the origin of this creature, and it is massive. So, it is surprising when Fairy Fawn decides to befriend this beast and even invite it into the fairy kingdom.

But, as you can tell, other fairies were against this new development, which becomes an issue as Fawn seems persistent. Will she be able to convince them to accept the beast? Would their suspicions about this beast be right? Find out now by watching this movie! 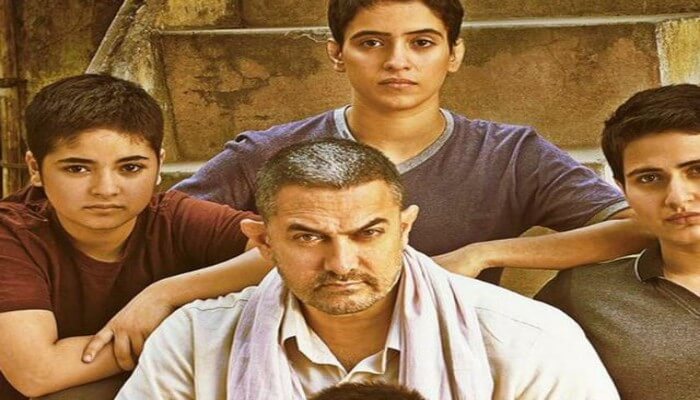 Wrestler Phogat is a top-notch wrestler who has two daughters, and he has also trained them in wrestling. So, he decides to compete with his daughters in the Commonwealth Games.

But, of course, you can tell that it won’t be an easy journey due to the sigma that female wrestlers face. Watch this movie now to see how everything plays out. 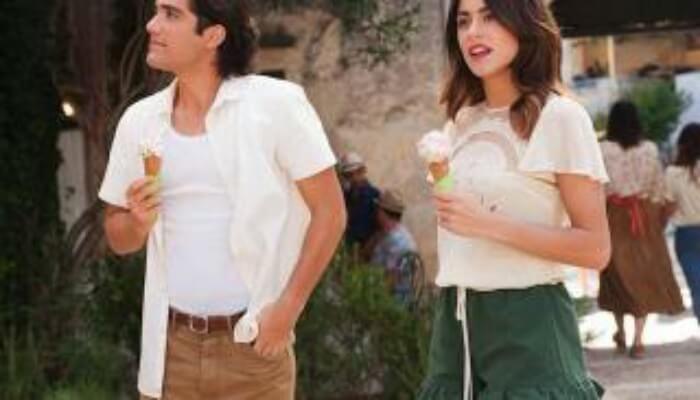 This movie tells the story of Violetta, who is back from a worldwide tour. So, of course, one would think that she would be in a happy mood. However, what she got when she returned wasn’t what she expected.

Now, she has to embark on another journey. However, this would be a journey of self-reflection as she has many personal questions to answer.

Watch this movie now to follow the story of Violetta and her decision-making process. Many people love this movie because it has relatable scenes. So, we are also sure that you will enjoy watching it. 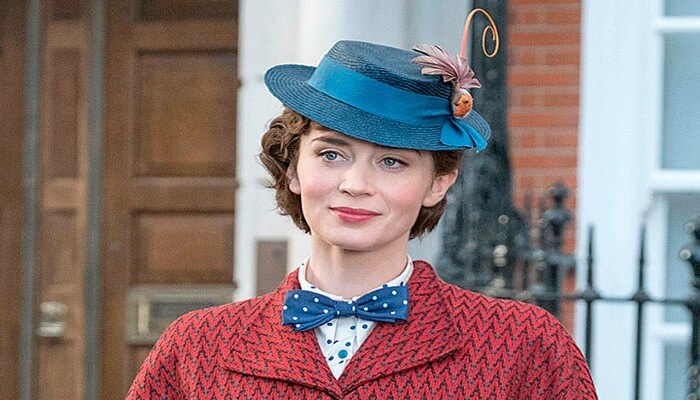 Have you ever imagined what it would be like to have a magical nanny? Yes, we can see that you are beginning to have such thoughts. So, watch this movie to see the story of the magical nanny. 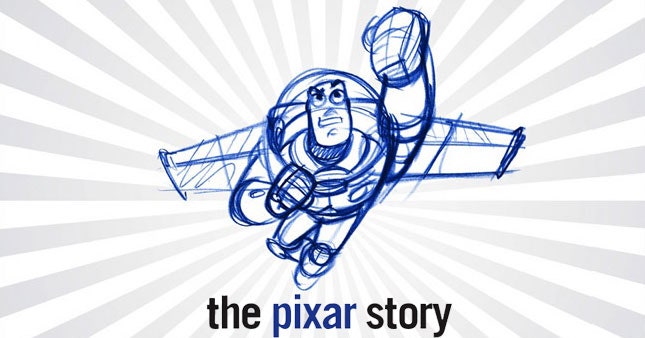 Have you been curious about the creation of some of your favorite animations? If yes, why not watch this documentary to see what goes on behind the scenes of the Pixar story.

It should be common knowledge that Pixar produces some of the best animations worldwide. This documentary holds the attention of both children and adults. In addition, it is also informative and entertaining. 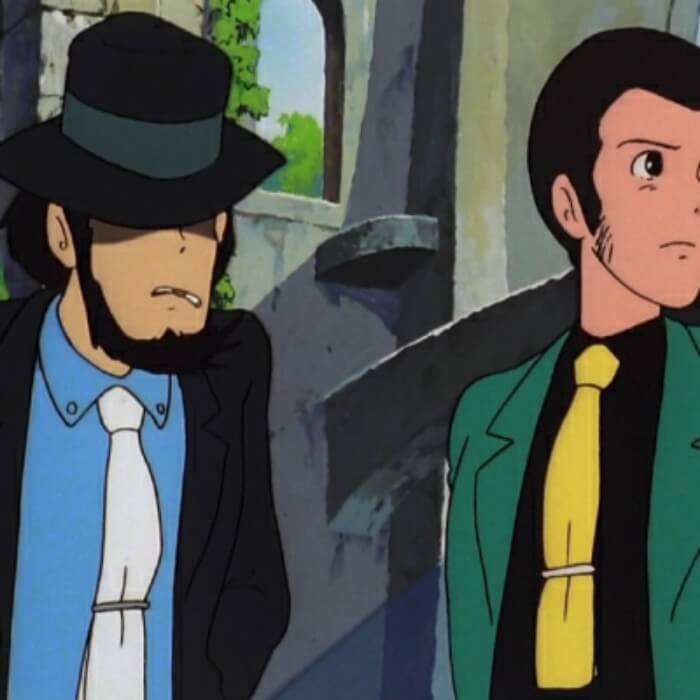 This movie shows that you can find what you are looking for in the most unexpected situation. It tells the story of a group of thieves hunting for treasure. Along the way, they play a good role in saving a Princess from thugs.

However, they soon discover that this Princess holds the key to the treasure they were seeking. Watch now to see what happens. It is one of the best Disney movies on Netflix. 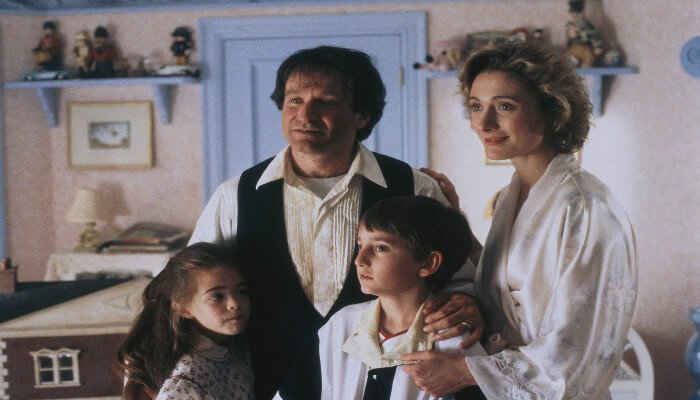 Peter Pan is now older and doesn’t stay in Neverland anymore. However, he is forced to go back to Neverland when Captain Hook kidnaps his children.

Going back means he has to face memories of his past. And he also had to seek help from some of his old friends to assist in the battle against Captain Hook. Would Peter Pan get his children back? Watch this movie to find out. 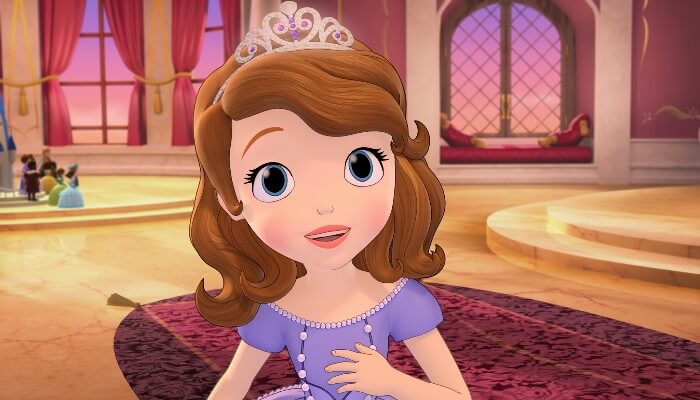 If you are an ardent lover of Disney movies, we are sure that you would be familiar with the theme song. Sofia was a common girl whose status changed after her mother married the King. So, she is now a Princess and has two step-siblings.

However, Sofia is a sweet soul with a warm aura everyone loves. We are sure you would also love Sofia when you watch this movie. 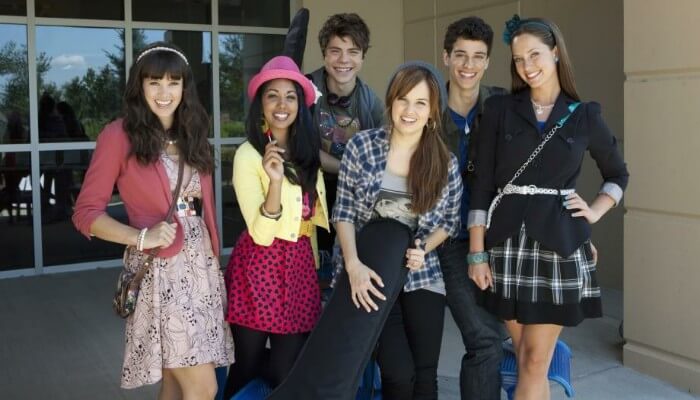 It should not be surprising when shy people do shocking things, and you would see it play out in this movie. The girl in this movie is a shy person at school, but she is a confident DJ on the radio. And, everyone knows her radio personality as Radio Rebel.

She loved living the secret life as her schoolmates didn’t know she was the Radio Rebel. But, everything crashes when her principal finds out she was the Radio rebel. This movie is one of the best Disney movies on Netflix, and you would enjoy watching it. 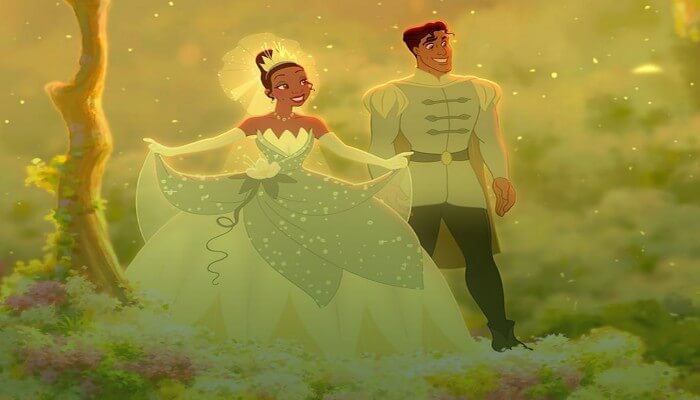 The fate of a frog princess depends on the kiss of a human waitress. With her kiss, he can turn into a human again. But, who would want to kiss a frog?

Watch this movie to follow the story and journey to kiss a frog to turn him back into a human. We are sure that you will enjoy the hilarious scenes in this movie. 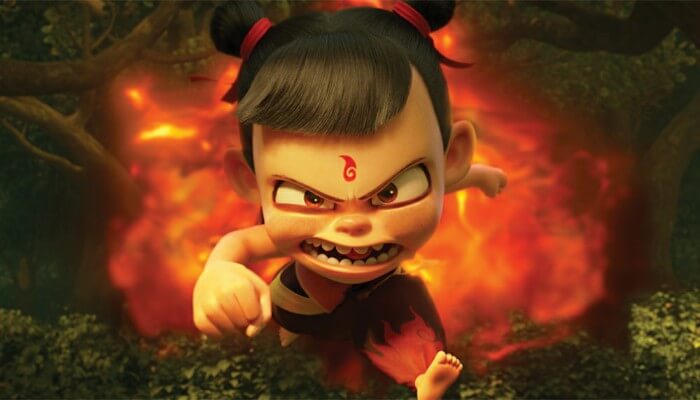 If you love to watch movies with action and adventure, we are sure you would enjoy watching this movie. It tells the story of a young boy born with unique powers. However, his community is scared of him because of his powers.

In addition, he has to fight demons to save this community. Yes, he has to save a community scared of him. It makes an amazing watch, and we had to add it to our list of Disney movies on Netflix. 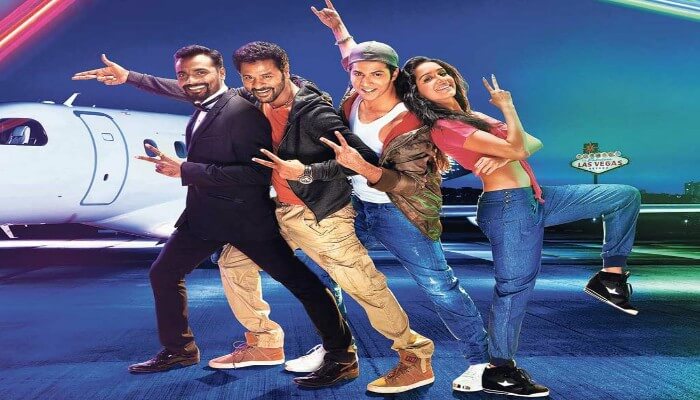 We see the story of two childhood friends in this movie who believe that anyone can dance. So, they form a dance group and even attend competitions.

However, you learn life lessons from this group as the movie shows their rise to fame, downfall, and how they try to regain their position. 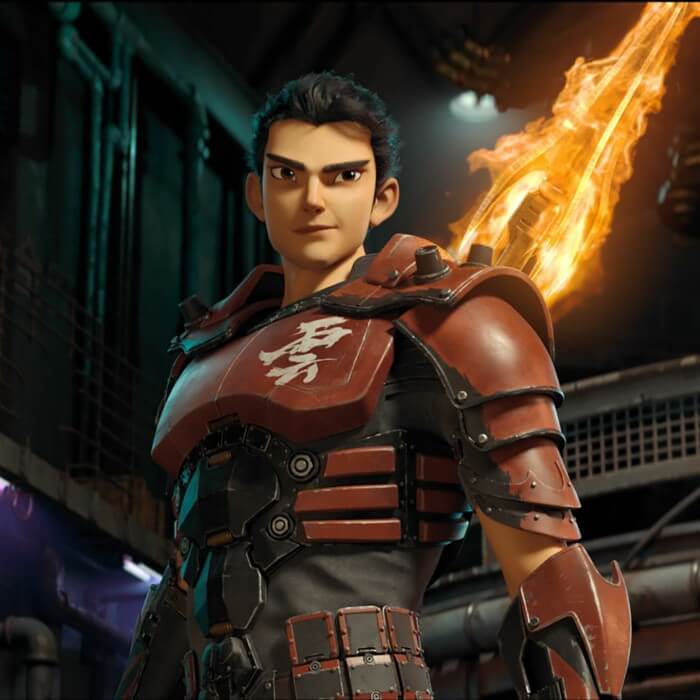 One day, Nezha is living life as an ordinary delivery person. Next, Nezha has to discover his superpowers, a Chinese deity. After that, everything happens in fast motion, and we see the rebirth of Nezha.

We love how this movie captures attention, and we are sure that you would enjoy watching it. In addition, it is one of the best Disney movies on Netflix.

Though you can watch anything and everything on Netflix, including comedy, thriller, horror shows, Halloween movies, suspense, horror movies, classic, cartoon, action, romance, cooking shows, sci-fi, reality, kid movies, emotional drama, Marvel shows, and documentaries – it is time to enjoy the best Disney movies on Netflix.

Disney movies are for both children and adults as everyone enjoys watching them. So, if you have been looking for how to watch Disney movies on Netflix, we have given you a list of some of these best movies. We are sure you will be looking for more Disney movies when you are done with our list.