Enjoy the 5 Best Viking Shows on Netflix with Honorable Mentions

If you are someone who enjoys shows with blood, gore, swords, and warriors combined with politics and war strategies, then you have come to the right place as we have an awesome list of best Netflix shows available right now for you. From vicious Vikings to scheming royals, we’ve put together a list of the best shows for you to watch.

Whether you’re interested in history or want to see some good action-packed shows, we have something for everyone. So without further ado, here are the best Viking shows on Netflix, along with shows that compliment the genre! 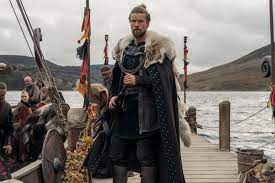 The show is a follow-up of the original Vikings series showing 100 years later and marking the end of the Viking Era. The series focuses on the characters of Harald Hardrada, Leif Erikson, Freydis as they embark on a quest that takes them far and wide as they battle to survive and gain glory.

The series also focuses on William the Conqueror and the clashes between Vikings and the English monarchy, along with the infighting between the Vikings over their religious beliefs. 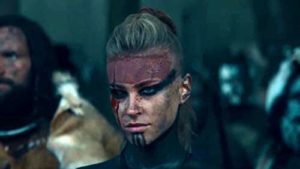 The show’s story revolves around the era when the Roman Empire occupied Magna Germania; it was an area between the Rhine river and Elbe. For 20 years, this region has been under their rule with harsh taxes that caused many problems for everyone living there.

Many attempts were made by leaders within various clans trying desperately yet unsuccessfully to form a united front due to politics and infighting within the tribes. In the Roman Imperial Army, Arminius is a Cherusci eques who was given away as a hostage when he was just an infant.

He returns to Germania on behalf of his foster father Varus to bring order to the area. When he witnesses the cruelties imposed by Roman soldiers on Germanic people, he takes upon the role of a chieftain within the Cherusci tribe and becomes their new leader.

He starts a  rebellion by uniting different tribes with the help of two friends – Thusnelda (daughter of Segestes) and Folkwin Wolfspeer, who were raised together as children. The rebellion led to the events of the Battle of the Teutoburg Forest, in which the Germanic people gained victory. 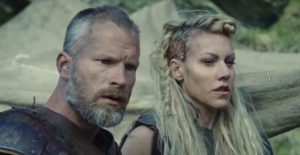 The comedy series Norsemen is set in the year 790 and follows a group of Vikings living in the village of Norheim. The village is faced with constant rivalry and conflict due to their disagreement over territory.

This leads them into battles that can be just about anything from disputes between neighbors such as a rival tribe led by Jarl Varg or Rufus, a Roman enslaved person seeking to modernize their culture despite ongoing battles between them all. With various characters taking leading roles as the series develops, it is an interesting show to watch. 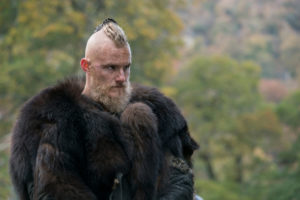 The series begins as the Age of Viking is starting and focuses on the saga of Ragnar Lothbrok, a farmer who rises to become a Viking king and his children as they raid and conquer lands all through Scandinavia and England.

His band is made up of many other brave warriors, and they all share one thing in common: pride for their Norse heritage, for legend has it that Ragnar was a descendant of Odin himself! 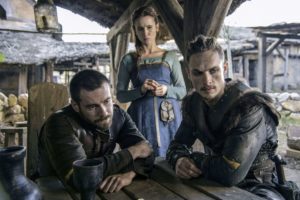 Uhtred is a Saxon boy growing up in the year 872. The Danish invaders have conquered most of England, leaving only Wessex standing strong under King Alfred’s command. During one of the raids, Uhtred is taken by the Danes, who raised him as part of their tribe.

As he grows, he is forced to choose between his birth country and the people who raised him. His loyalty is tested on every step as he is torn between his identity, ultimately leading him back home again so he may claim his birthright.

If you can’t get enough of shows with one on one battles and soldiers in armor with cunning and plotting leaders and are done with all the best Viking shows on Netflix, then you might want to watch the following shows as well. 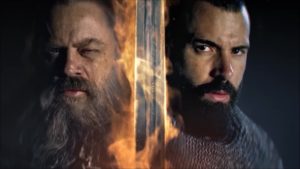 The story of the Knightfall retells the rise and fall ad eventually quelling of the Knights Templar, a historical event whose instigator and planner was the French King Philip the fourth. The series recounts the lives of the Knights, the secrets they protected, and the great and on brotherhood between them.

The main focus of the series is the fictional Templar Leader Landry du Lauzon, who is disheartened by the defeat of the Knights is revived by the news of the Holy Grail and its location. 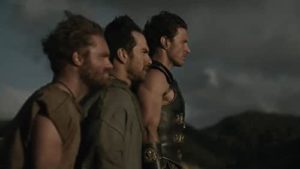 The series is made as an anthology basing its stories on the history of the Roman Empire. Each season focuses on one main character and their story within Roman history. Season one focuses on Emperor Commodus, season 2 on Julius Ceasar, and Season 3 is about Emperor Caligula. 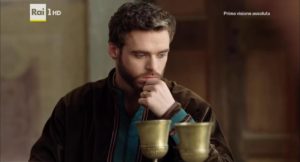 A family of elite bankers and owners of one of the biggest banks of their time in Italy, the Medici family was even the bankers to the Pope during the Renaissance period. Each season of the show focuses on a certain time frame in the family’s history and shows the art, culture, and politics of that time.

The Masters of Florence focuses on when the patriarch of the family Giovanni de Medici, dies, and his son Cosimo de Medici takes his place and asserts himself as a powerful figure in Florence. 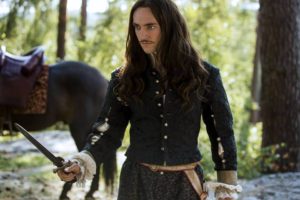 The series is set in the year 1667, and it’s the time when the French nobility has become rebellious towards the French Monarchy. The King, young Louis XIV has a cunning plan to reign in his subjects: move the court to Versailles and build the most beautiful palace where the nobles will want to be present.

Although unbeknownst to them, the Palace is commissioned to manipulate and imprison those who defy the King. The series also depicts Luis’s womanizing ways and his wife Marie Theresa’s struggle to win him over.

Though you can watch anything and everything on Netflix, including comedy, thriller, horror shows, suspense, horror movies, cartoon, crime shows, anime, romance, cooking shows, sci-fi, reality, emotional drama, and documentaries – we came up with the complete list of the best Viking shows on Netflix.

This list we have compiled is a great guide for people who enjoy period pieces and the Vikings genre. So sit back and enjoy the best Viking shows on Netflix. And once done with them, binge on the best period dramas on the streaming service by downloading your favorite shows.