20 Best Detective Shows On Netflix For Your Inner Investigator

Netflix has no shortage of amazing content, but detective shows in the list of must-watch Netflix shows bring an oomph factor to your streaming experience.

Looking for a drama that has thrill, adventure, action, and unending suspense all in one place, then you should try watching detective shows. To save your time and energy, we have made a list of some of the best detective shows on Netflix. So, let’s get right on to it! 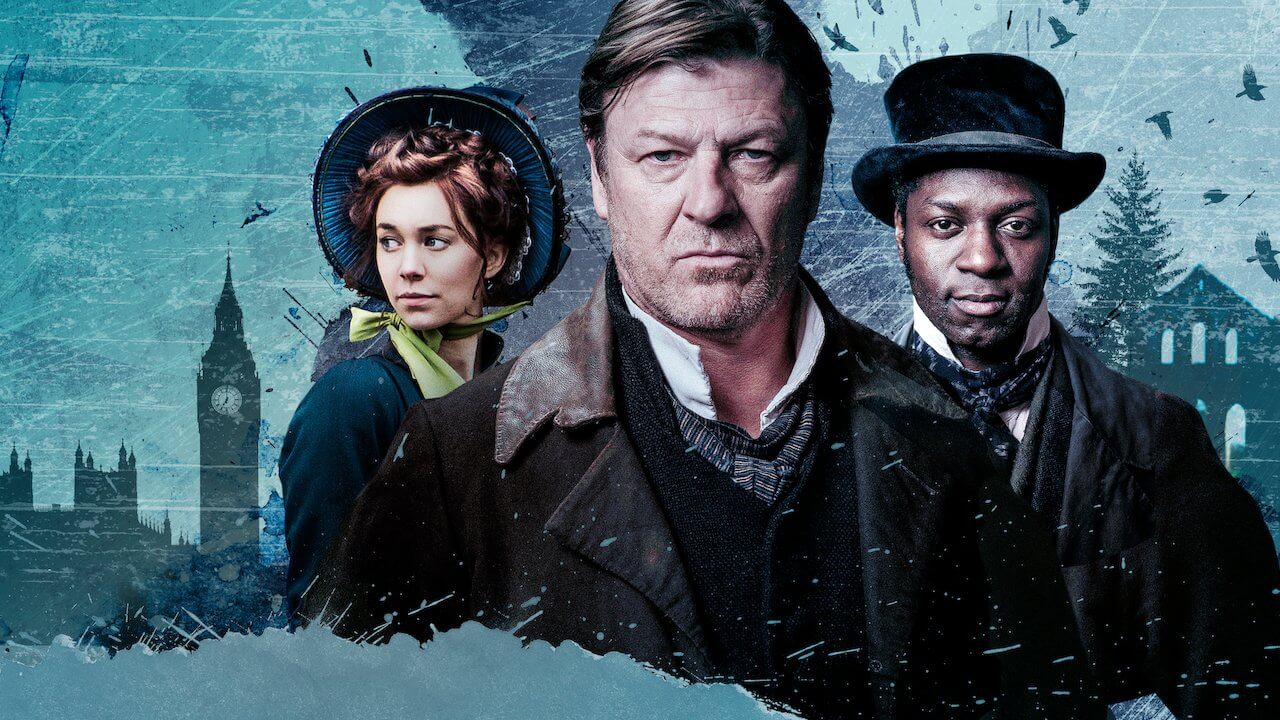 Set in 19th century London, John Marlott, a skilled police inspector, encounters some unusual crimes. He starts an investigation of a dead body whose appearance is very distorted and seems to be the work of a crazy scientist.

Inspector John works very hard to track down the murderer and find out why he is committing all these heinous crimes in the upcoming days. During the inquiry, he comes across a shocking revelation that the scientist suspected to be involved in crimes wants to revive the dead. 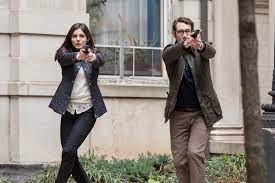 You will love this series if you love to solve well-built mysteries and suspense. The director has put all the necessary clues in their right places so that viewers can remain engaged with the epic content. Big Tony is a former NYPD cop whose son followed his father’s footsteps and now serves the New York City Police Department.

The only difference between the two is that the father was never fond of following the rules described by the police department, whereas his son TJ is excessively honest with his detective job. A series of events led the father-son duo to join hands and set out together to solve serious cases. 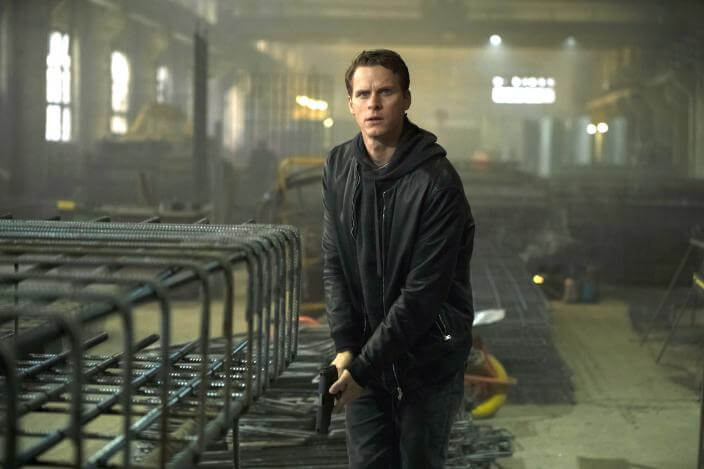 Set in modern-day Sweden, the series revolves around a rookie detective named Kurt Wallander. The newbie police officer comes across a very unusual case of murder.

The show follows his epic journey of investigating the first but one of the most bizarre crimes of his life. To be a part of Kurt’s inquiry of the murder case, you will have to add this drama to your watchlist of the best detective shows on Netflix. 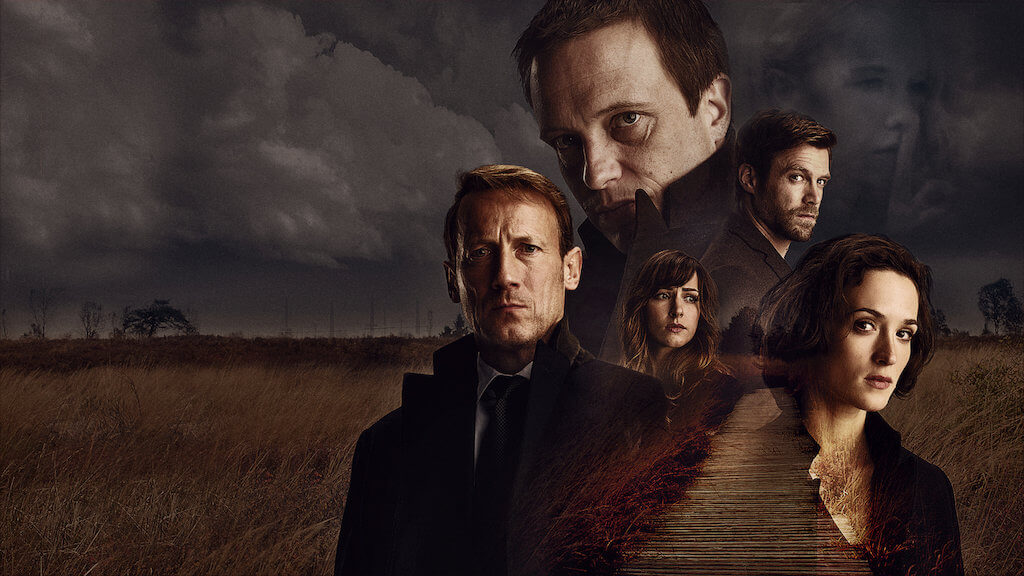 After the mysterious murder of a famous singer, the detective team investigates her group of close friends to find clues about the killer.

The most bizarre fact about the case is that murderer removed the scent glands of the victim from her body. What could be the possible explanation of this unusual act? Nobody’s understood this at first, but later on, the investigation seemed to make things more transparent for the police. 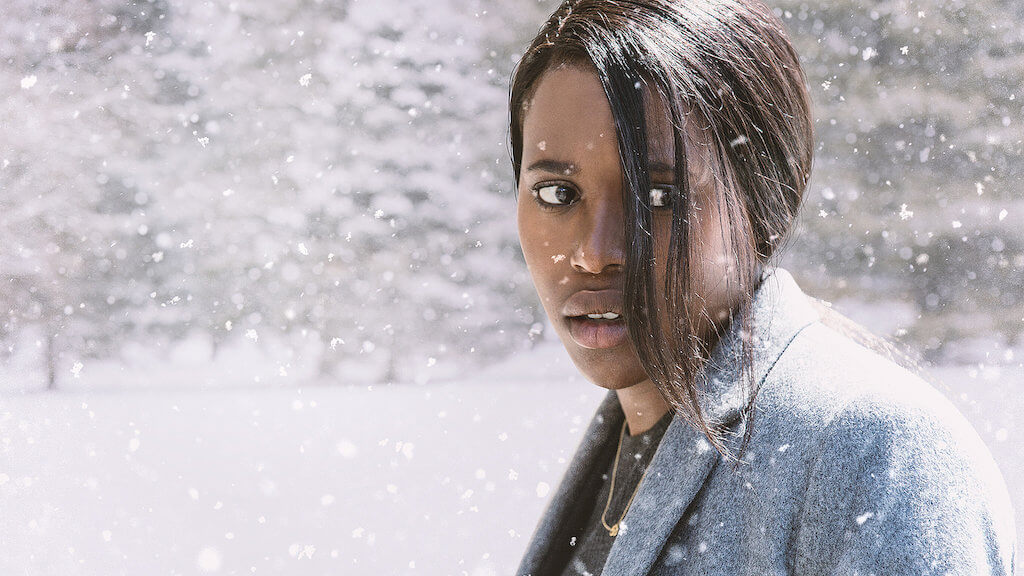 An African American teenage boy dies after a hit-and-run accident involving a caucasian cop. After the incident, riots and chaos emerge in Jersey city, with black Americans demanding justice for the little boy.

The show follows the uprising racial tension after the police department tries to hide their incompetency. A prosecutor also gets involved and tries hard to show the justice system that this accident was purely a case of hate crime against black people. 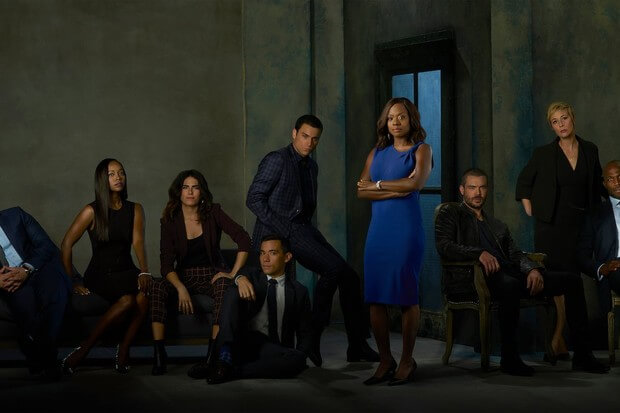 This criminal drama series centers upon a brilliant defense law teacher Annalise Keating and her group of selected five students. They are responsible for solving one of the most complicated and challenging murder cases.

It is a lifetime opportunity for the Annalise students who aspire to become successful in their careers. Eventually, as the investigation proceeded, they realized that it was a twisted case and could only be solved by giving their best. 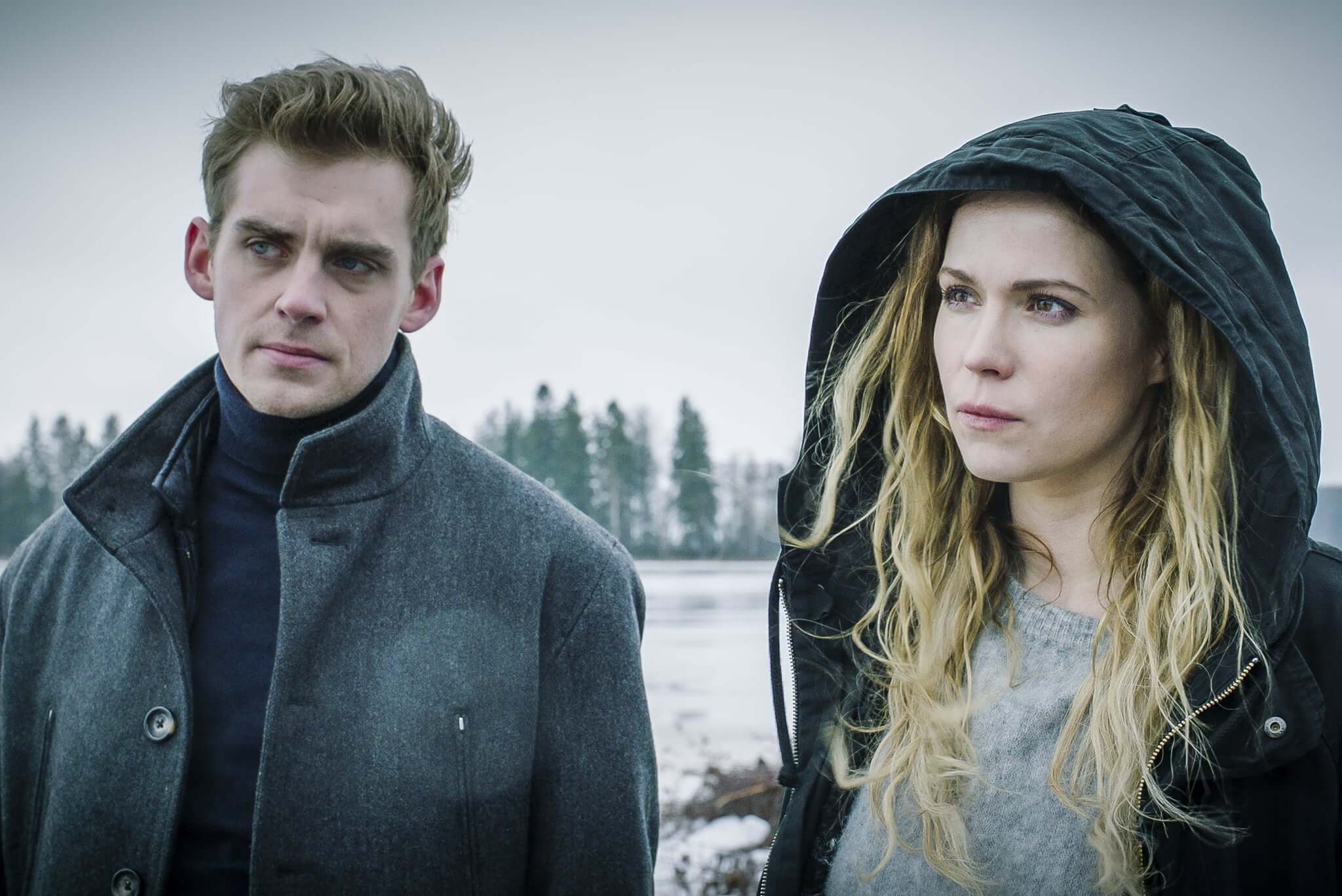 The protagonist of the series Deadwind is a woman named Sofia Karppi. She works as a detective, but Sofia kept herself from the job due to an unfortunate and tragic incident.

Now, after months she made a comeback and got involved in investigating the murder of a young woman. The dead body of the victim was found near the Helsinki construction company. The case is unusual and could lead Sofia to a dangerous situation again. 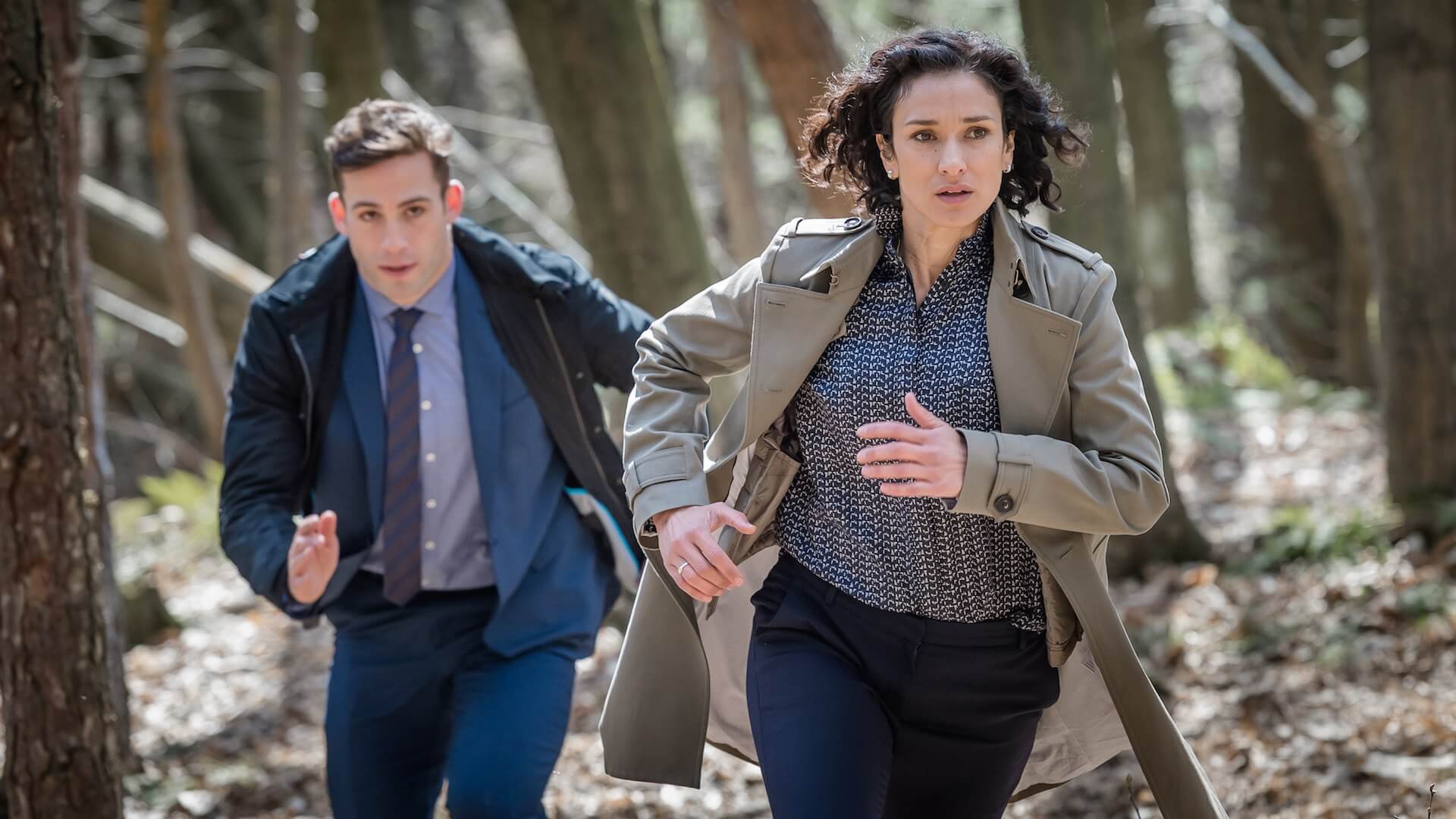 A group of brilliant detectives gets involved in the twisted murder case of Angela Benton, a female GP. Although the incident seems to be a simple case of murder, the team of detectives thinks otherwise. They embark on an adventurous journey across Europe to unravel the dark secrets linked to the mysterious killing of the local female GP.

An anonymous person also helps in the investigation by sending notes to the detectives. You won’t regret watching this crime drama, so right away, add this to your watchlist of the best detective shows on Netflix. 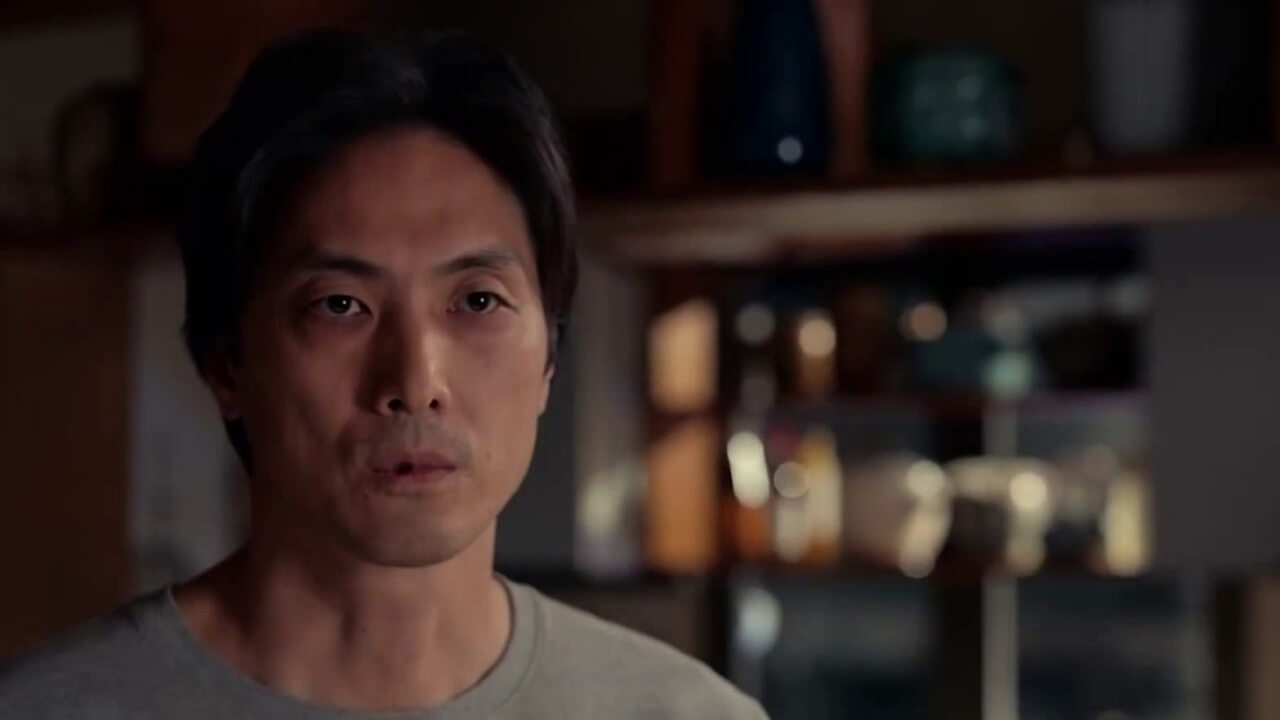 Kenzo Mori is a detective from Tokyo who sets out to search for his missing brother in the London underworld. He heard that his brother Yuto was involved in a high-profile murder that led to his death.

Kenzo doesn’t believe this theory and is determined to track down anyone with any valuable information about Yuto. Kenzo knows that his pursuit of his alleged deceased brother could endanger his own life, but he is still willing to take the risk. 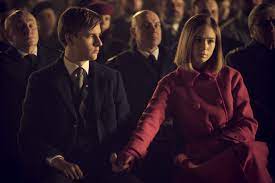 This crime drama unravels the mystery and the truth behind a tragic attack conducted by a terrorist organization in 1983. A law student and a not so honorable cop set out to understand the conspiracy that led to a chaotic situation in the past.

Watching this series will surely encourage your interest in learning history so add it to your watchlist of the best detective shows on Netflix. I am certain that you will understand the reason behind Poland’s Iron curtain Standing at the end of the show. Bill Tench and Holden Ford work as FBI agents and are given the most crucial responsibility of understanding the psyche of criminals.

In this series, you will see them talking to the dangerous serial killers and figuring out what goes through their minds while committing a heinous crime. How can we miss such an interesting show on the watchlist of the best detective shows on Netflix? 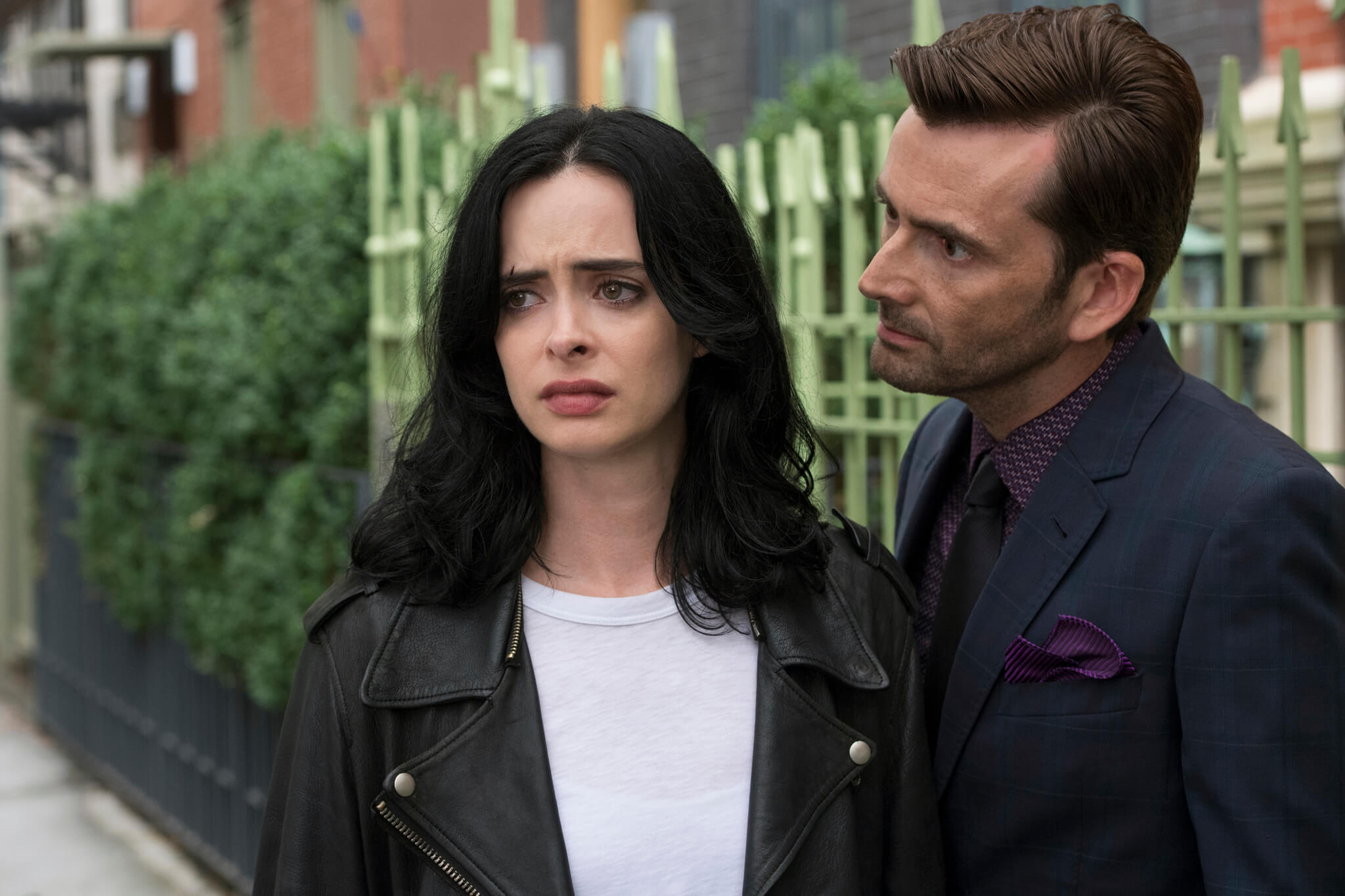 Following a series of unfortunate incidents, Jessica Jones, one of the Marvel characters, loses her job as a Superhero. In these desperate and tragic times, she turns her life and becomes a private detective in New York City. 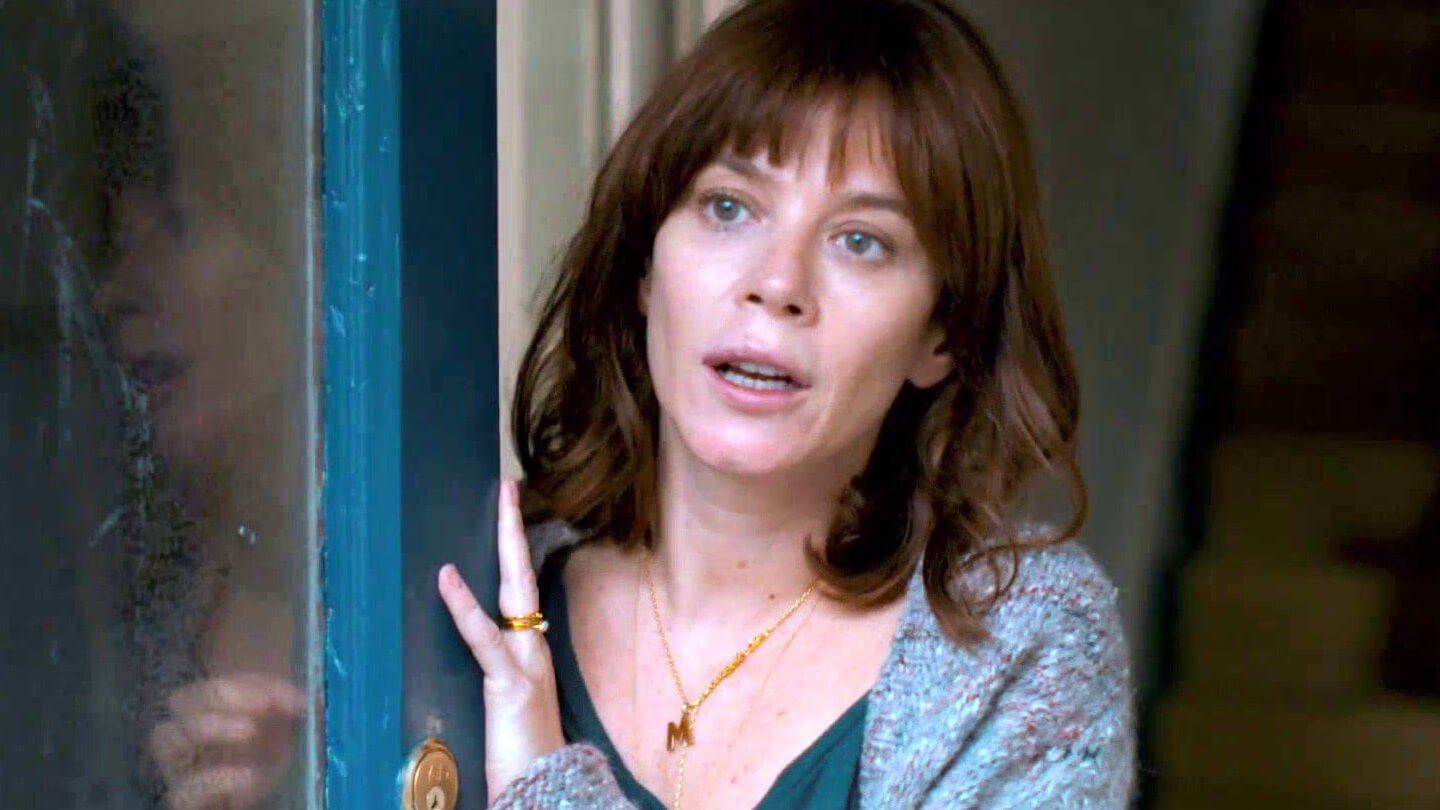 Struggling with the problem of a broken family, Marcella Backland makes a comeback to her job as a detective. On her arrival, she is given the case of tracking down the killer involved in the murder of a child. 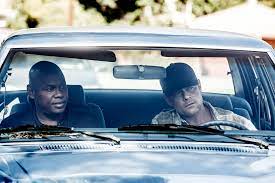 This crime series revolves around the reasons that led to the murder of two iconic rappers. The Los Angeles police department handle this high-profile case investigation to two brilliant detectives. 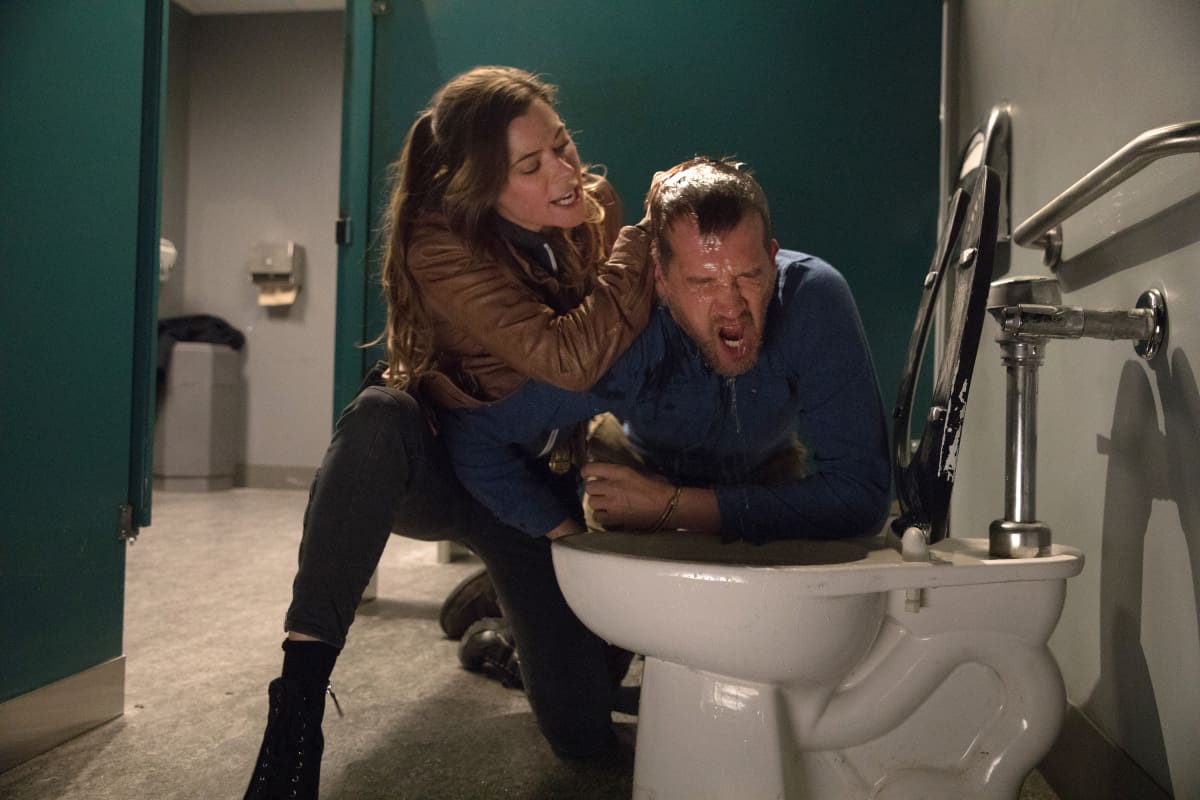 It is a story of a female detective who happens to come across a shocking revelation. In a series of events, she discovers that ham radio can help her talk to her dead father.

A top detective in the capital city of Finland wants to spend more time with his family and work less. So he takes on a job in a small town. However, this won’t help him! He soon finds that this small town isn’t as peaceful as he thought. The detective is tied up in the mysteries of murders taking place. 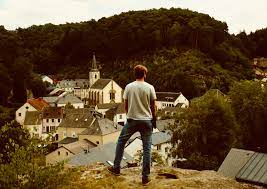 A dead body of a fifteen-year-old girl is found in a forest in Luxembourg. Luc Capitani, a detective, takes on the case and investigates the murder.

When he faces trouble navigating the closed community, he unwillingly depends on the local policewoman, Elsa Ley, and works with her. But as they work towards it, they get tangled up in the web of lies and secrets. 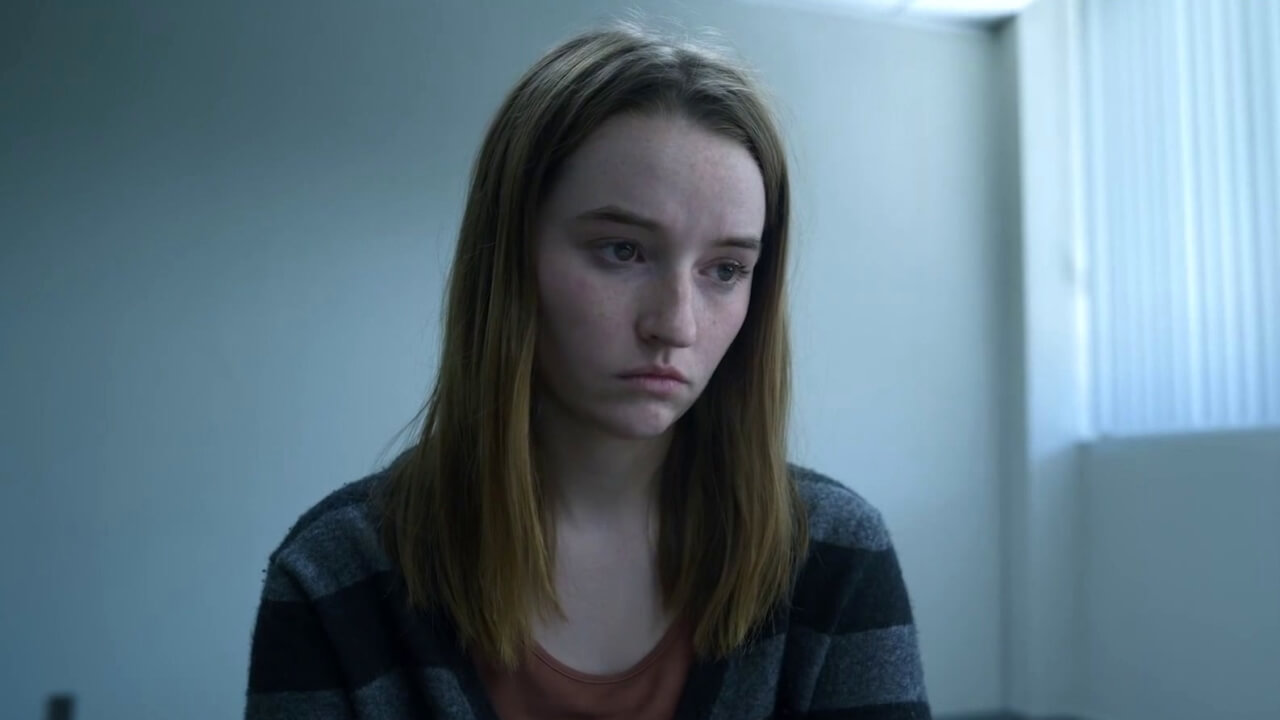 Powerful and heart-wrenching, Unbelievable portrays a story inspired by true events that no one believed. A teen girl, Marie, reports being raped by a person in Washington.

The investigator thinks she might be lying just to seek attention upon seeing her background. He accuses her of lying about being raped. However, two detectives follow the trace of the truth. 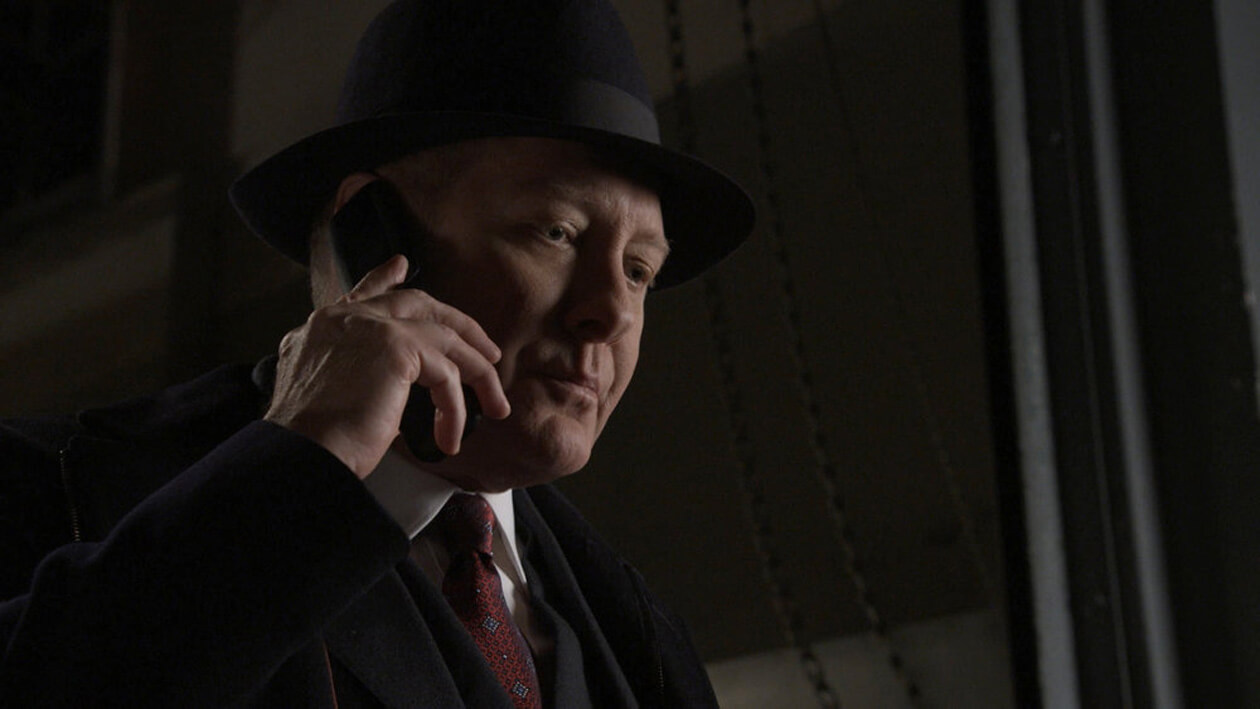 The Blacklist is one of the best detective shows on Netflix. This show will be different from other crime shows that you might have watched. It features a most wanted former government agent fugitive named Raymond “Red” Reddington, who suddenly submits himself to the FBI.

He offers them a deal: he will help them catch the criminals. But he has one condition; he will work only with Elizabeth Keen, a new profiler.

With the best cast, this show makes a good source of joy for all the people close and far from home. So, surely, you don’t want to skip it too, do you? 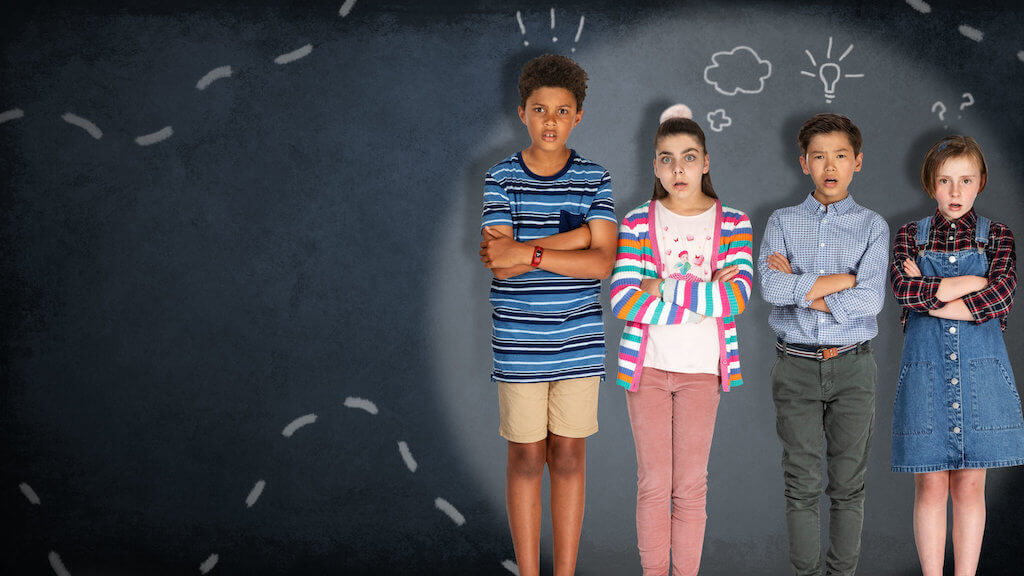 You can imagine how good this TV show will be just with its name. And if you can’t imagine, you need to give it a try to this great TV show. The show features four fifth-grade kids, Ava, Ezra, Maudie, and Kyle, the Inbestigators.

These kids form an investigation team led by Maudie, a boy gifted with a unique ability to observe human behavior. Together these little school kids investigate and crackdown mysteries one after the other. While the riddles keep coming with every new episode, the show is just worth your suspense.

Though you can watch anything and everything on Netflix, including comedy, thriller, horror shows, Halloween movies, suspense, horror movies, classic, cartoon, action, romance, cooking shows, sci-fi, reality, kid movies, emotional drama, Marvel shows, and documentaries – it is time to enjoy the best detective shows on Netflix.

Once you start watching detective shows on Netflix, there is no coming back from it. The interesting and mysterious plots of such a crime series will make you binge-watch each of its episodes. So, scroll through the article and start streaming your favorite shows.