25 Award Winning Movies on Netflix Appreciated By The Critics

Netflix has no shortage of amazing content, but the award wining movies in the list of must-watch Netflix titles bring an oomph factor to your streaming experience.

Are you looking for some of the best award winning movies on Netflix? Then this article is for you. Netflix has grown to be one of the leading streaming companies globally.

This informative article will highlight twenty-five selected award winning movies on Netflix that are worth your time. It will detail their year of release, directors, writers, cast, and IMDb rating to make it easier to choose. Let’s take a look at the list below. 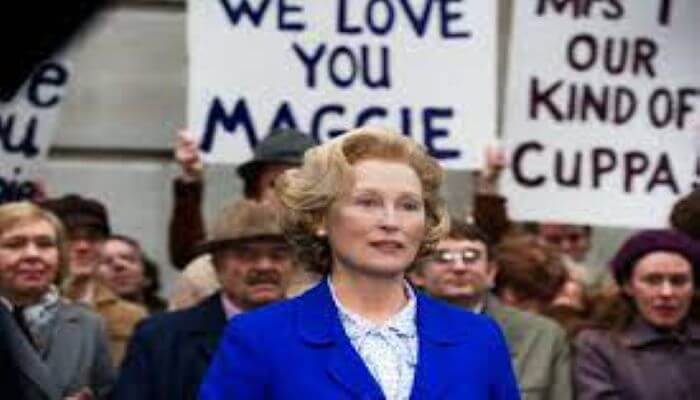 The Iron Lady is a film about a woman (Margaret Thatcher) who conquered men, opposition, and herself to become one of Britain’s most influential prime ministers, making history by being the first female prime minister in British history.

The story begins when Thatcher falls to the ground due to a stroke. She is then seen in flashbacks during her life, starting with when she gave birth to her twin boys.

Gradually, we see how Her father’s death shaped Thatcher’s views at an early age and how it impacted her political career. This movie has won several awards for its name, including an Oscar for Meryl Streep. 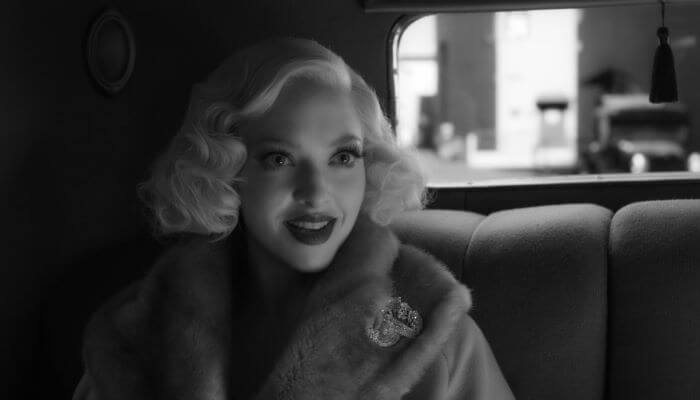 Mank is a film that tries to evaluate the 1930 Hollywood film business. Herman J. Mankiewicz is an alcoholic, social critic, and screenwriter who tries to keep up with the movie’s script: Citizen Kane. This is one of the best award winning movies that portrays how the famous film: Citizen Kane was made.

This movie is in black and white and has been nominated for Oscars 2021 in the best picture best production, among other categories. 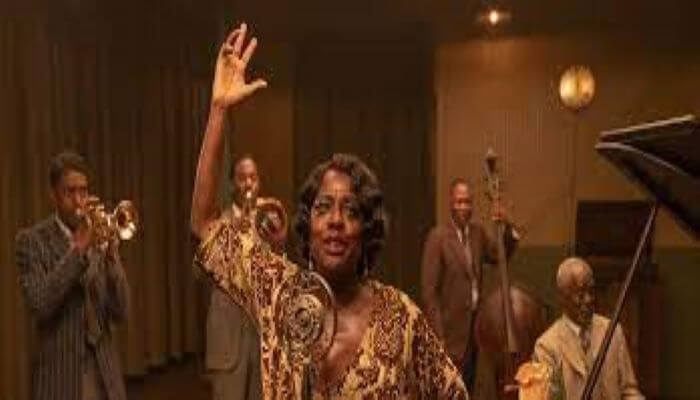 Ma Rainey’s Black Bottom is a film about three men who perform as the blues musician Ma Rainey. We see the struggles they faced in the 1920s, when racism was still rampant in America, and how their lives were influenced by it.

This movie has won two Oscars, other 81 wins, and several nominations, making it among the award winning movies on Netflix you need to watch. 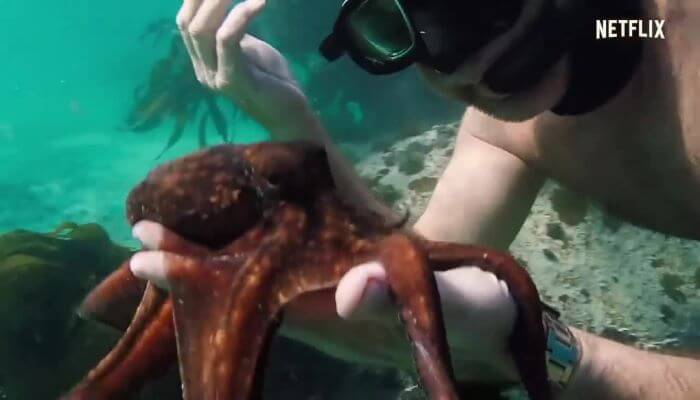 My Octopus Teacher is a film that revolves around a swimmer who is also a filmmaker who strikes a rare friendship with an octopus. In this movie, acted in South Africa kelp forest, the filmmaker is seen learning the animals’ lives and other details of the sea.

He shares his findings and the friendship he had with the octopus. This fantastic movie has won one Oscar with eleven other award wins and over fourteen nominations. It’s among the award winning films you need to include in your watch list. 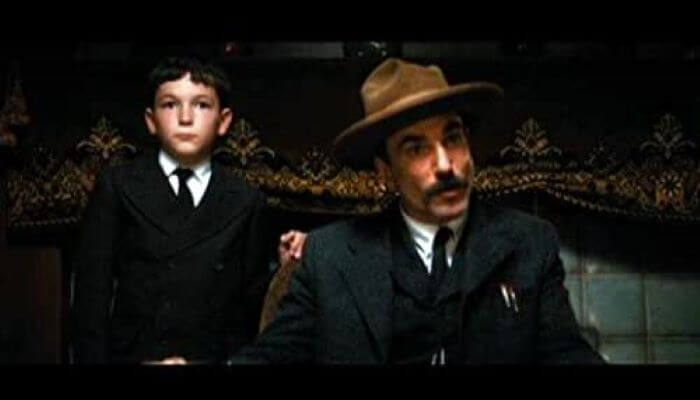 There Will Be Blood is a movie about an oil prospector (Daniel Day-Lewis) who considers money more important than anything else. After years of searching for oil, he finally strikes it big and becomes a tycoon overnight.

His greed leads him to do bad things that have severe consequences on others, making it difficult for his family to forgive him. This movie has won several awards, including an Oscar for Daniel Day-Lewis. 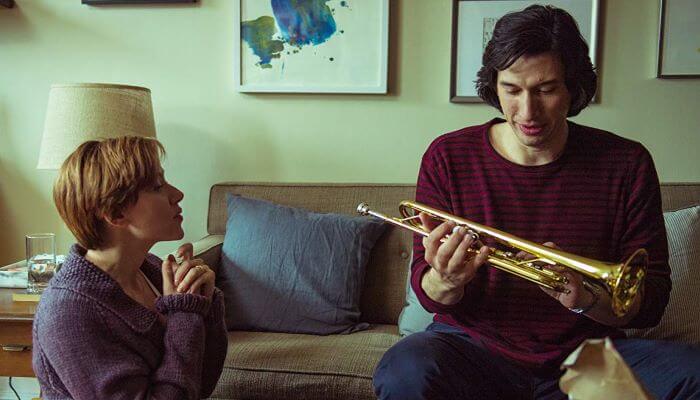 Marriage Story is a movie about a couple whose marriage starts falling apart after having children. They try to make things work, but their relationship becomes increasingly strained.

The movie follows them as they separate and begin divorce proceedings. This movie has won one Oscar award, given to the film itself for Best Acting. 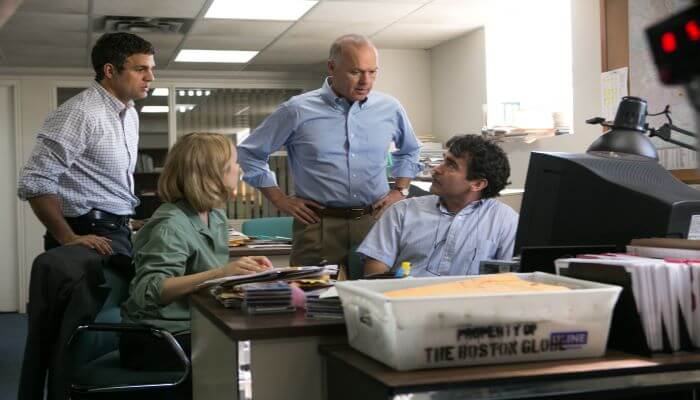 Spotlight is a film about The Boston Globe’s effort to uncover a cover-up of child molestation in Boston by Roman Catholic priests. A team is set up to investigate the scandal and its effects on the people involved.

The journalists try to uncover information while facing various challenges along the way, such as false accusations and personal struggles.

This movie has won several awards, including an Oscar for Mark Ruffalo. It is among the award winning movies on Netflix. 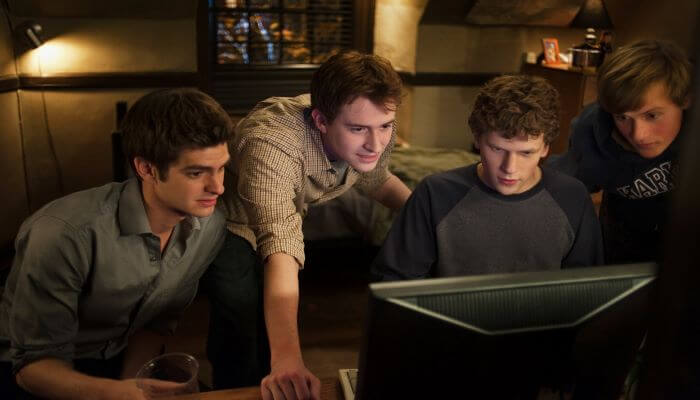 The Social Network is a movie about how Facebook was created and the challenges faced to get it launched. The moves follow the co-creator of the website, Mark Zuckerberg (Jesse Eisenberg).

It reflects how he deals with lawsuits and a team of lawyers who want him to give up Facebook because it is being sued for privacy violations. This movie has won several awards, including three Oscars and a Golden Globe for Jesse Eisenberg. 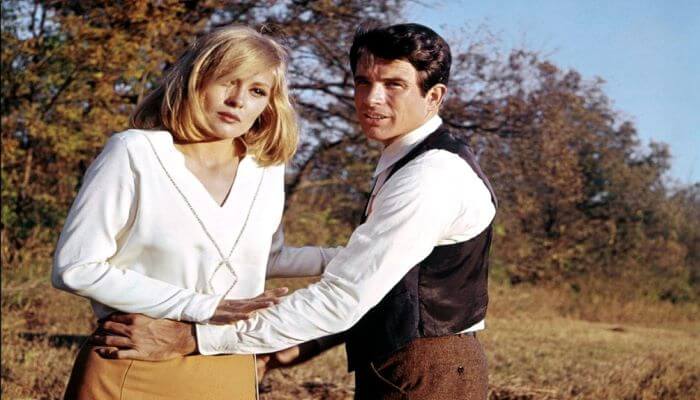 Bonnie and Clyde is a movie that tells the story of two criminals in early 1930s America. The titular characters are robbers on the run from the FBI after committing several minor crimes.

They face increasingly challenging obstacles throughout their journey and make some unusual choices. Bonnie and Clyde have won two Oscars and 3 Academy Awards for Best Supporting Actor, Actress, and Art Direction. 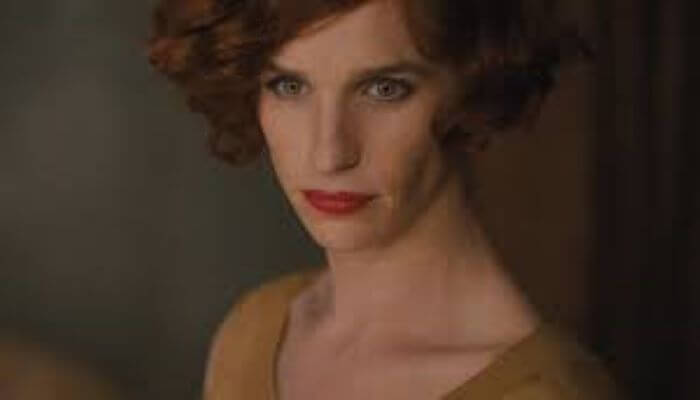 The Danish Girl is a movie about Lili Elbe, one of the first people to undergo sex reassignment surgery. It follows her journey as she transitions into a woman and starts living life as one.

The movie also features her wife, who struggles with her change at first but eventually comes around to see things from Lili’s perspective. This movie has won 1 Academy Award for Best Actor. 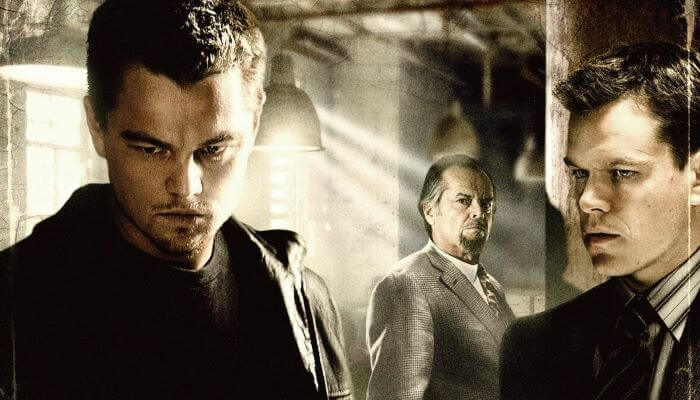 The Departed is a crime drama about two groups of criminals working with and against each other. On one side, we have a group of gangsters working for the Irish mob. On the other, we have a group of police officers pretending to be gang members to gain intel on the people.

After something goes wrong, everything falls apart, and each person tries to figure out who is betraying them. This movie has won 4 Academy Awards for Best Actor, Best Adapted Screenplay, Best Film Editing, and Best Picture. 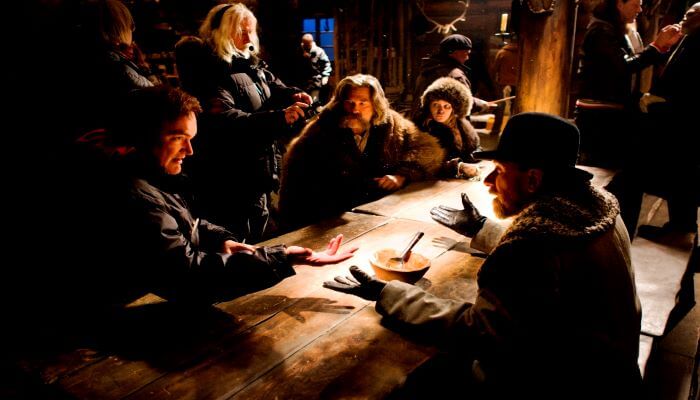 The Hateful Eight is a movie about several characters who end up together in a cabin during a snowstorm. While they wait for the storm to clear, tensions rise, and people start turning up dead.

It all leads to a surprising climax that changes everything we thought we knew about what happened.

This movie is among the award winning movies on Netflix and has won 1 Academy Award for Best Supporting Actress and several nominations, including Best Director and Best Sound Editing. 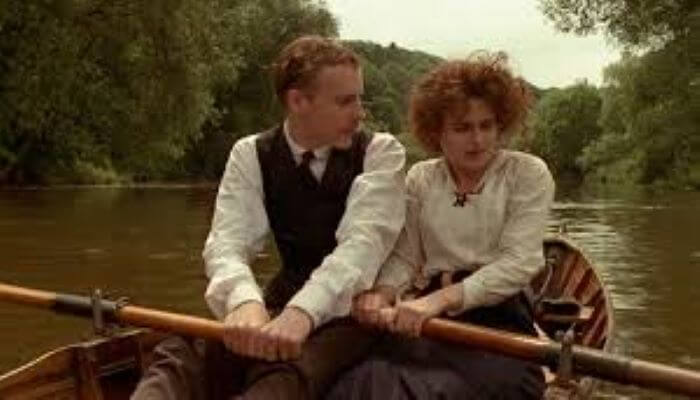 Howards End is about several families that connect through marriage and become acquainted. In the background, we have social classes and how they affect how people interact and a woman fighting for women’s rights when it wasn’t popular. 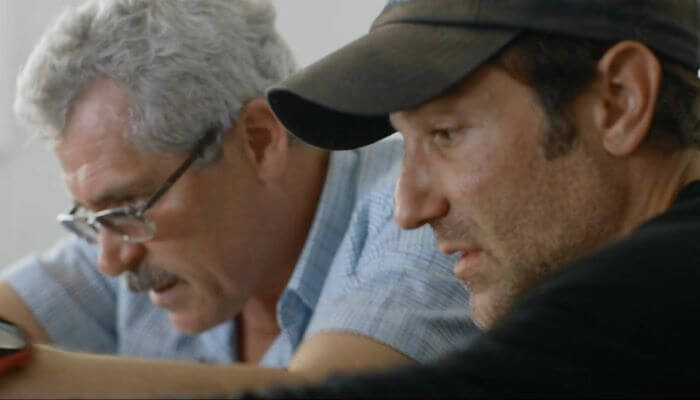 Icarus is a movie about Russia’s doping scandal in the Olympics and its impact. During this time, head scientist Grigory Rodchenkov became a whistleblower for what was happening behind the scenes and how it all happened.

This movie has won 1 Academy Award for Best Documentary Feature and several nominations for more awards. 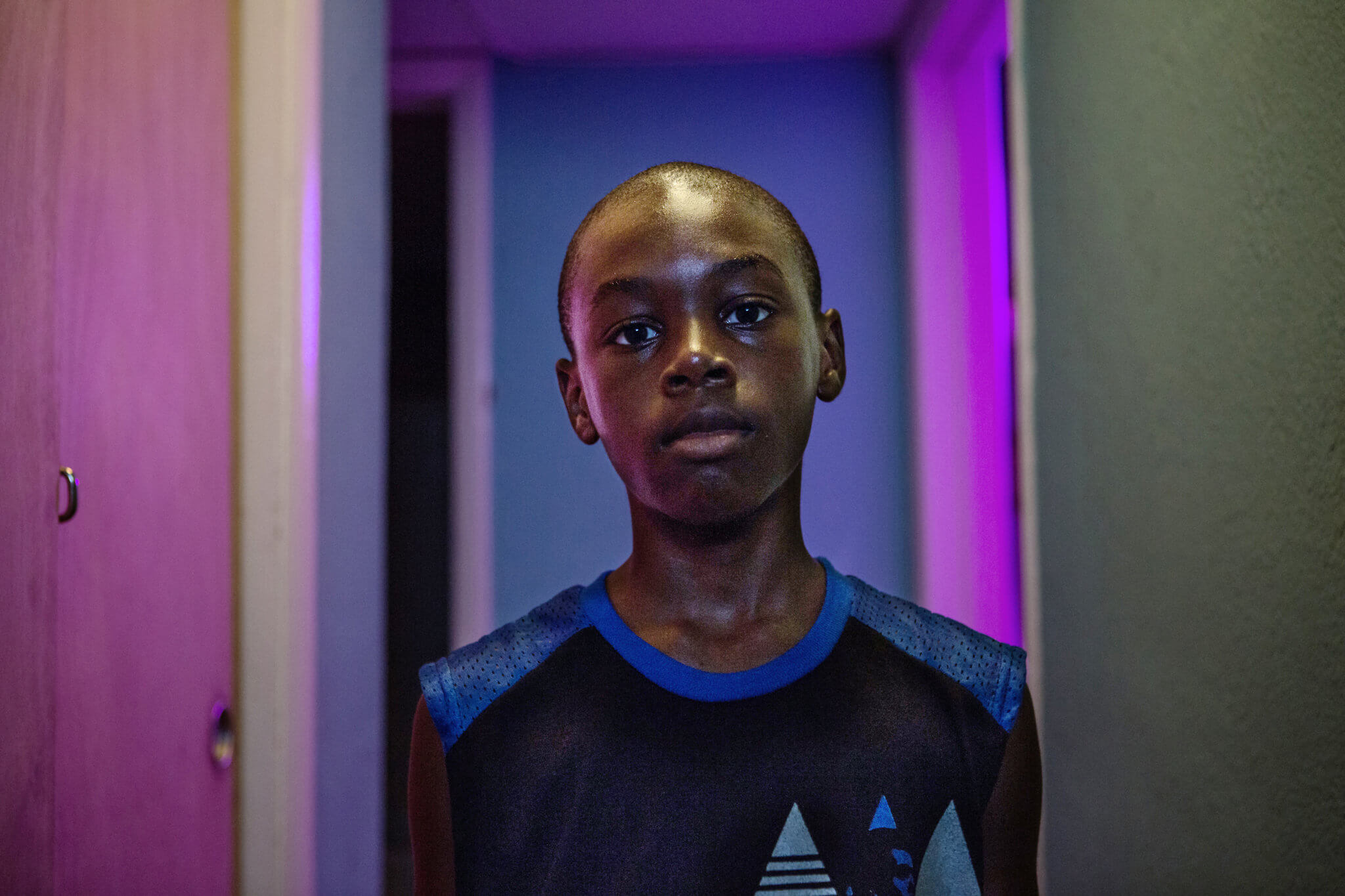 Moonlight is a movie about a black man growing up in a rough neighborhood and coming out to the world as gay. It follows him through his life with friends, family, and love interests.

This movie has won 3 Academy Awards for Best Supporting Actor, Best Adapted Screenplay, and Best Picture, along with several nominations for more awards. 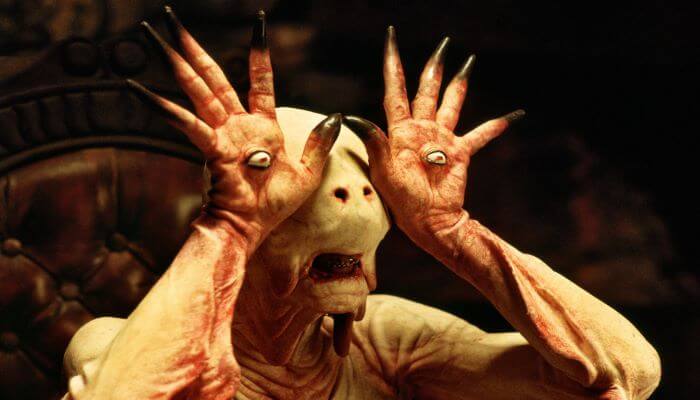 Pan’s Labyrinth is a movie about a young girl who lives with her new stepfather during the Spanish Civil War after she was orphaned.

While there, she befriends an old faun in the labyrinth near her house and has fantastic experiences while also dealing with real-world problems.

This movie has won 3 Academy Awards for Best Art Direction and Best Cinematography and several nominations. 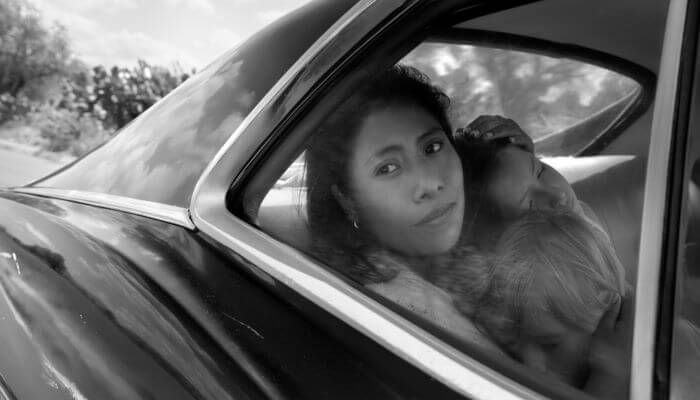 Roma is a movie about a middle-class family in Mexico City during the early 1970s. It follows several family members as they deal with life events and struggles that all families go through along with the culture of the time.

This movie has been nominated for 3 Academy Awards for Best Cinematography Best Foreign Language Film, and it’s one of the best movies you will ever watch. 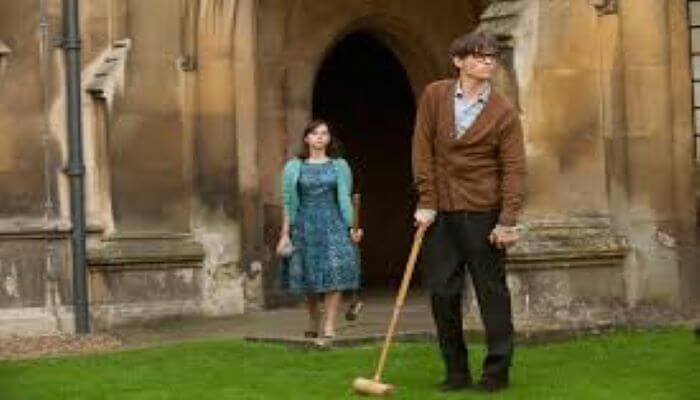 The Theory of Everything is about Stephen Hawking and his first wife going through life together. It follows them through Hawking’s struggle with ALS and how it affects their relationship and his academic life along the way.

This movie has won 1 Academy Award for Best Actor, Best Actress, and Best Adapted Screenplay, along with several nominations. It is one of the award winning movies on Netflix. 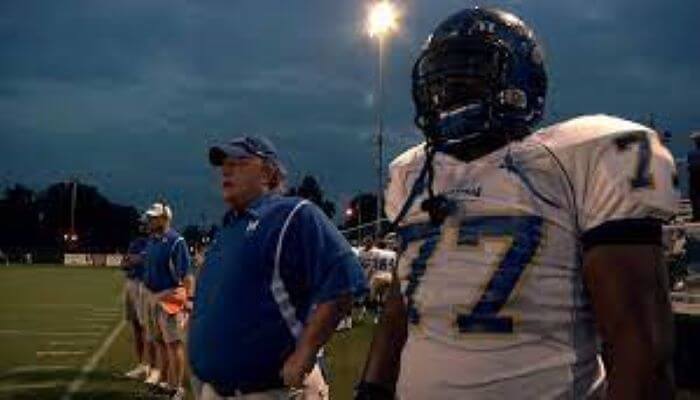 Undefeated is a movie about an underfunded high school football team making their way to the state championships against wealthier schools. It is based on a true story, full of emotions and inspiration. T

his movie has won 1 Academy Award for Best Documentary Feature and several nominations for more awards. 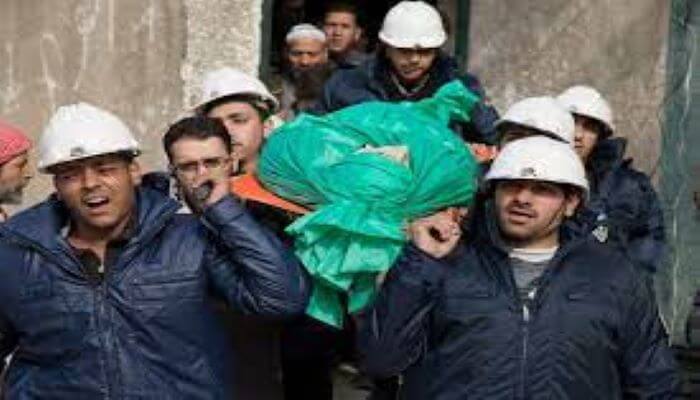 The White Helmets is a documentary following Syrian rescue workers who dig people out of buildings after bombings in the Syrian Civil War.

It follows their activities in trying to save civilians from dying when they could be saved, and it sheds light on one of the most important wars going on today. 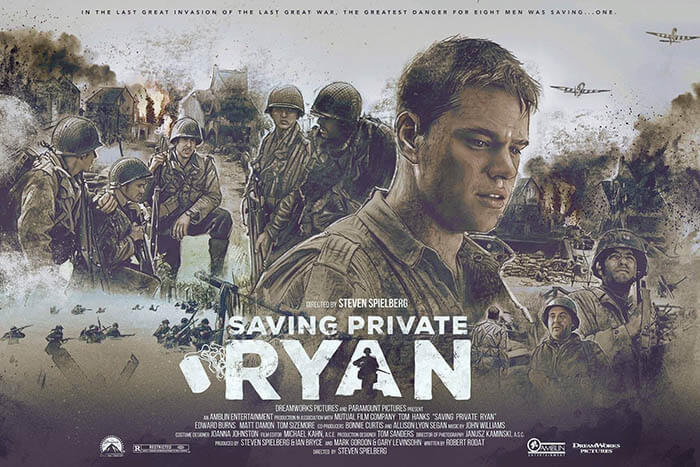 Saving Private Ryan is a movie about a group of United States soldiers sent to France during World War II to find Private Ryan whose three brothers were killed in action.

They go through the war machine on their way to find him, and it’s full of intense battle scenes that will leave you at the edge of your seat. 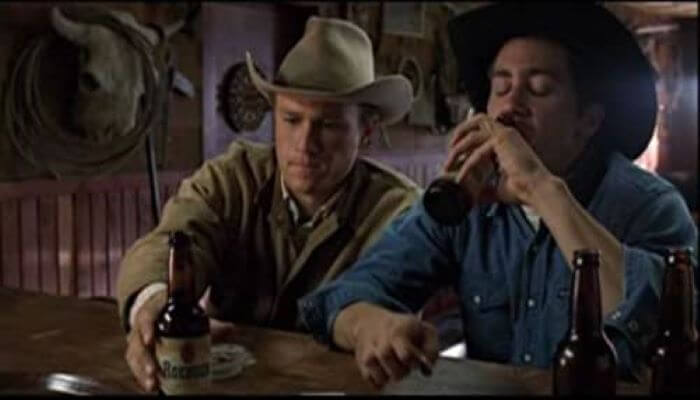 Brokeback Mountain is a movie about two cowboys who fall in love with each other as they face the harsh nature of their lives.

It is a movie about love and human emotions despite how hard it can be to deal with them, especially when no one else likes you around. 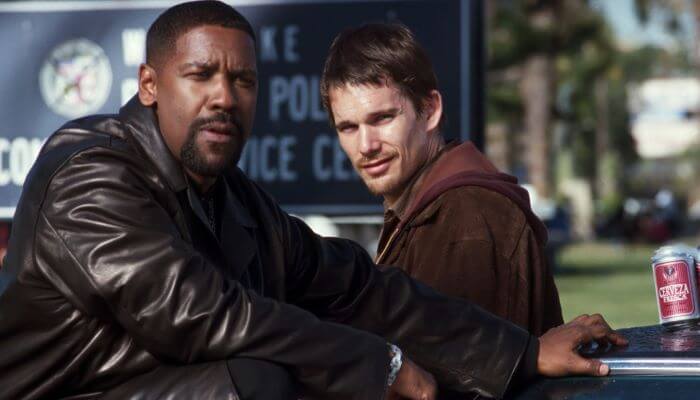 Training Day is a movie about a rookie cop going on his first day as an undercover detective and trying to show that he can be a worthy investment.

It is a movie about corruption and the hardships of staying clean in an industry that is most corrupt with criminals who are your friends and family. 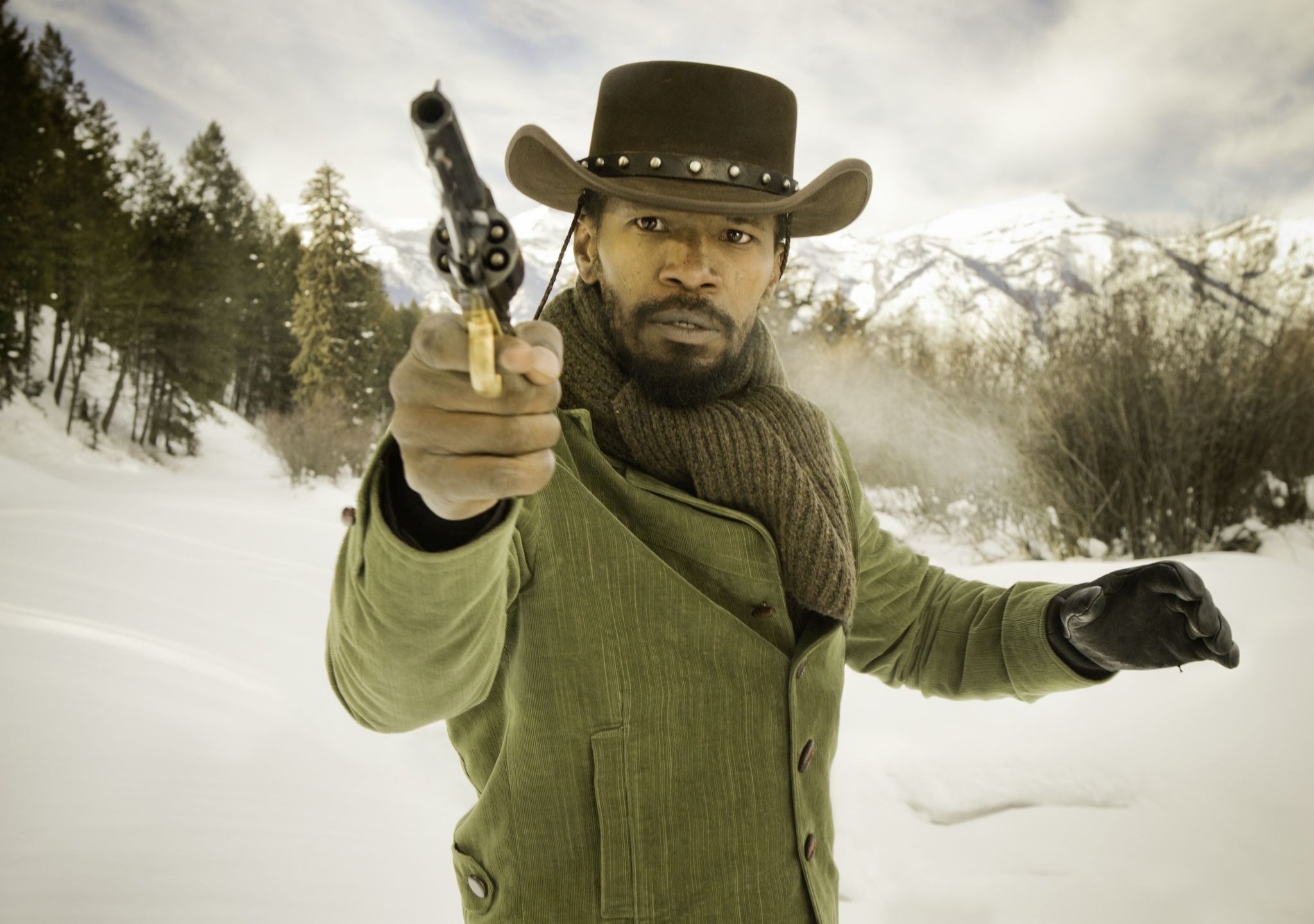 Django Unchained is about a slave-turned-bounty hunter who seeks revenge from several enslavers. It is a movie that shows the dark side of slavery with symbolism and metaphors to describe many historical events during that period. 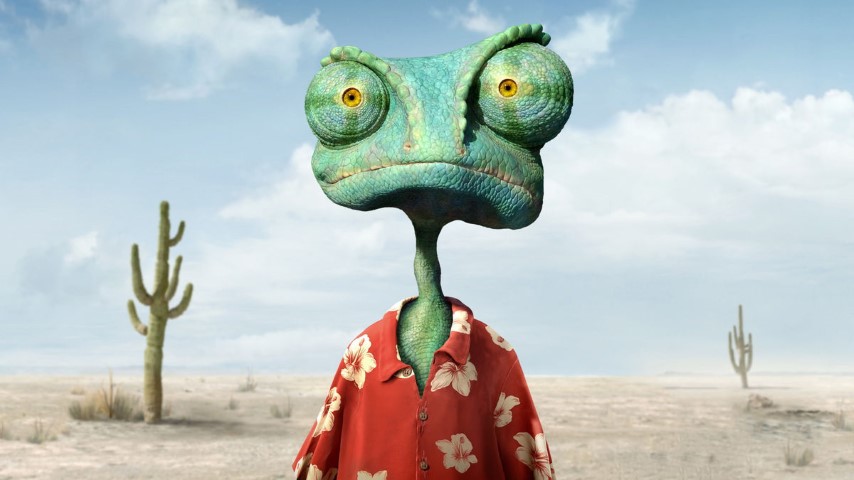 This movie is among the award winning movies on Netflix and has won 1 Academy Award for Best Animated Feature and two nominations at the Golden Globes.

Though you can watch anything and everything on Netflix, including comedy, thriller, horror shows, Halloween movies, suspense, horror movies, classic, cartoon, action, romance, cooking shows, sci-fi, reality, kid movies, emotional drama, Marvel shows, and documentaries – it is time to enjoy the award winning movies on Netflix.

The above list represents some of the best award winning movies on Netflix. As you can see from the list, these movies are highly rated and come with the highest recommendations.

These movies are listed to make it easier for you to choose which movie you want to start with. The list also features several genres, including action, adventure, drama, comedy, etc., to give you more options when choosing what type of movie you’d like to watch next, depending on your mood at that moment.

This list will be a good starting point if you’re looking for something to watch.