How to Watch Netflix on Nintendo Switch – Complete Guide 2022

Another reason for Netflix being the best streaming service is the availability of unlimited content after connecting to the best VPNs for Netflix. As the Netflix libraries vary from country to country, a VPN allows you to unlock each one of them and stream unlimited shows and movies.

But the questions remain: Is Netflix on Switch and can you even watch Netflix on Switch? Though you cannot download the Netflix app on Switch via eShop, today we are going to uncover all the secrets that can help you enjoy Netflix on Nintendo Switch without any interruption.

How to Watch Netflix on Nintendo Switch in 2022? 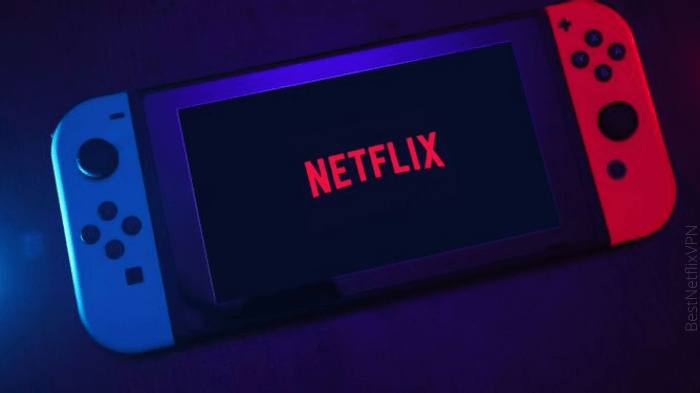 All those wondering Is Netflix on Switch, here’s your answer. While the Switch doesn’t natively support Netflix, you can still enjoy streaming Hulu, YouTube, and other streaming services (both paid and free) by purchasing from the Nintendo eShop.

How to Get Android on Nintendo Switch?

Before getting Android on Switch, you have to check if your Nintendo Switch is hackable. You can check the Switch serial number to see if it’s possible or not. If your Switch cannot be hacked, then watching Netflix is not possible for now. Installing Android on Switch is slightly technical and comes with several risks.

You require an efficient microSD card (having a storage of at least 16GB) and a USB-C cable for connecting Switch to your PC.

Now, you can follow these steps to get Android on Nintendo Switch.

Your SD card will look like this after following the above steps. 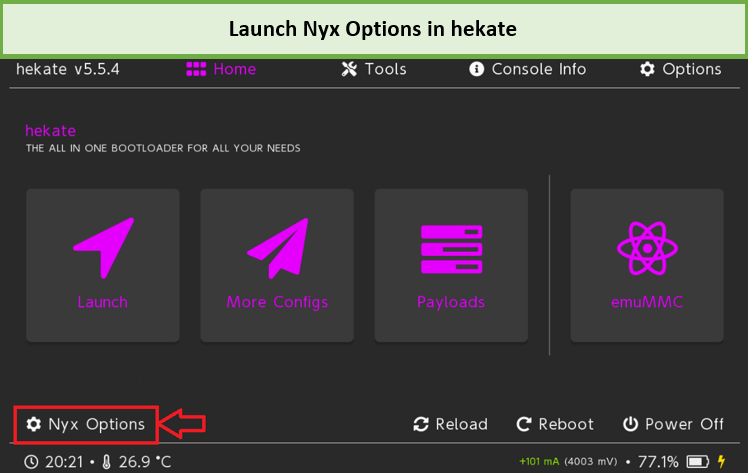 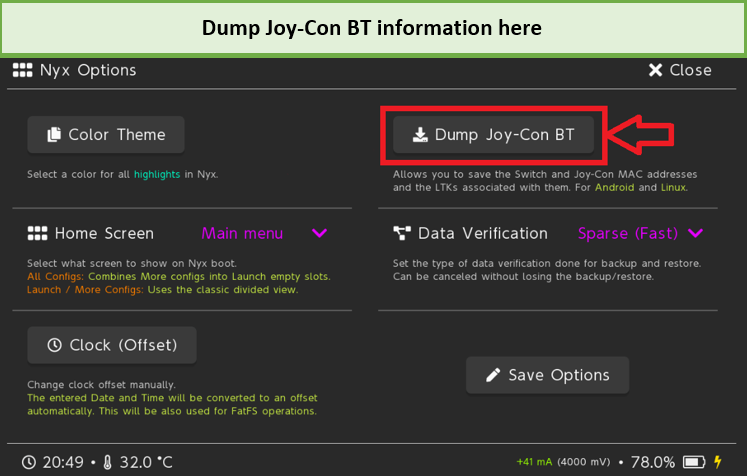 You have to dump the Joy-Con BT information by clicking here. 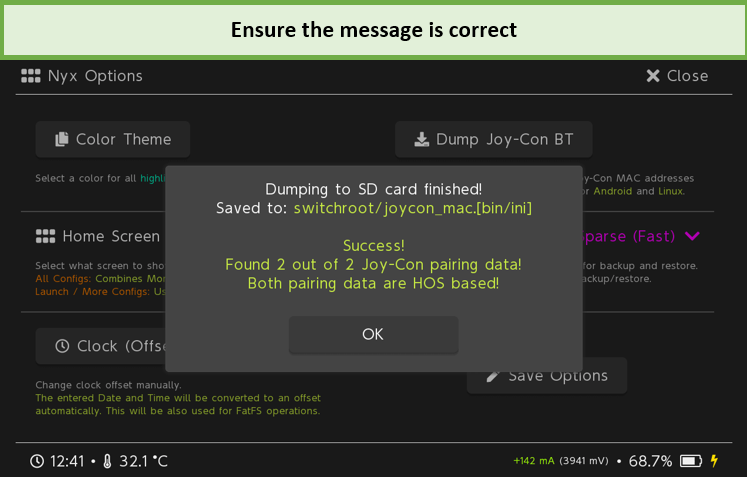 Once dumping to the SD card is finished, press OK. 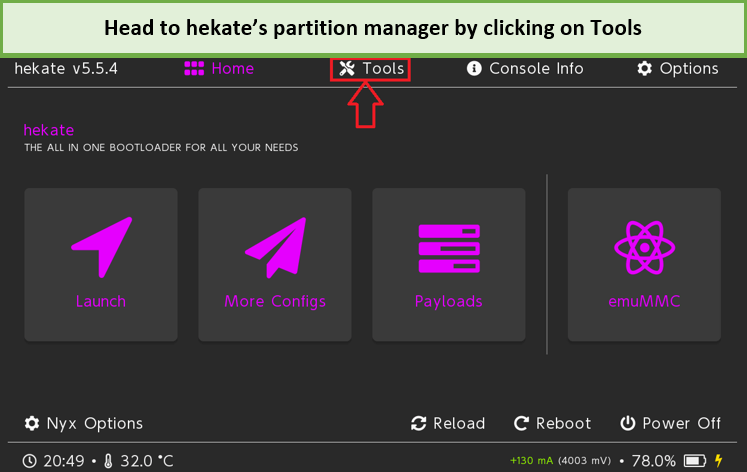 Go to Tools to head to hekate’s partition manager. 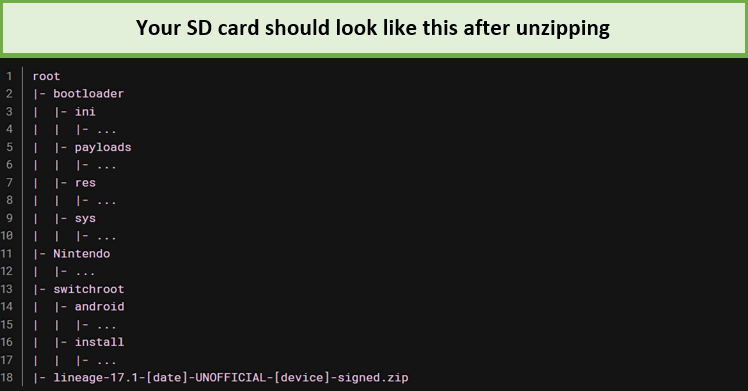 After unzipping, your SD card should look like this.

When you install Android on Nintendo Switch, your console becomes an Android tablet. However, you can still play Switch games by booting the console with the original operating system. When the console is booted in Android mode, you can access the Google Play Store. This way, you can install Netflix and stream your favorite titles easily.

Running Android on Nintendo Switch comes with risks and it would be great if the console natively supported Netflix.

Since that isn’t the case, you will have to resort to turning your console into an Android tablet and watching Netflix. More than that, you will be able to play different games, including PC games through Steam Link streaming. You can even browse and send emails with Android installed on Switch.

How to Get Netflix on Switch on your TV?

Is Netflix Available on the Nintendo eShop?

Netflix is unavailable on the Nintendo eShop. So, you will not be able to find the Netflix app there. There are no official means to get the Netflix app on Nintendo’s gaming console currently.

Can I Watch Netflix on Other Nintendo Devices?

Even though Netflix and Nintendo partnered up before, and users could access Netflix on Wii, it was soon suspended in 2019. The Netflix app was also available for 3DS consoles and Nintendo Wii U consoles but it was also removed in December 2020.

So, currently, you cannot watch Netflix on any Nintendo device.

Is There Another Way to Watch Netflix on Nintendo Switch?

Right now, the most common way to watch Netflix on Nintendo is by installing Android on your system. It is not the most recommended way because if you damage the console, Nintendo will not offer a replacement or fix.

To set up the Android system on your Nintendo, first make sure your device can be hacked. You can check this site for more information.

If your Nintendo Switch is hackable, you can get more information about how to get Android on your Switch device by reading this post on the Developers Forum.

It is different from overriding the Switch OS, so you should be able to play games on the console.

Is Netflix coming to the Switch?

Netflix can be streamed on several platforms including Android, iOS, Windows, and streaming devices such as Nintendo Switch, Roku, Firestick, and more. As of August 2022, Switch does not officially support Netflix but many users across the globe still stream Netflix on Switch.

Does Netflix have 2022 Switch?

Which streaming services are on Switch?

Now that you’re at the end, we hope you are no longer questioning whether is Netflix on Switch. Although you can enjoy Netflix on a range of devices, including Android, Smart TV, Apple TV, Firestick, Roku, and gaming consoles (PS4 & PS5) – installing it on Switch is tricky.

We hope this guide clears all ambiguity about how to watch Netflix on Switch. Follow the steps mentioned above and hope that Nintendo and Netflix work together so you can enjoy Netflix easily on your Nintendo Switch!